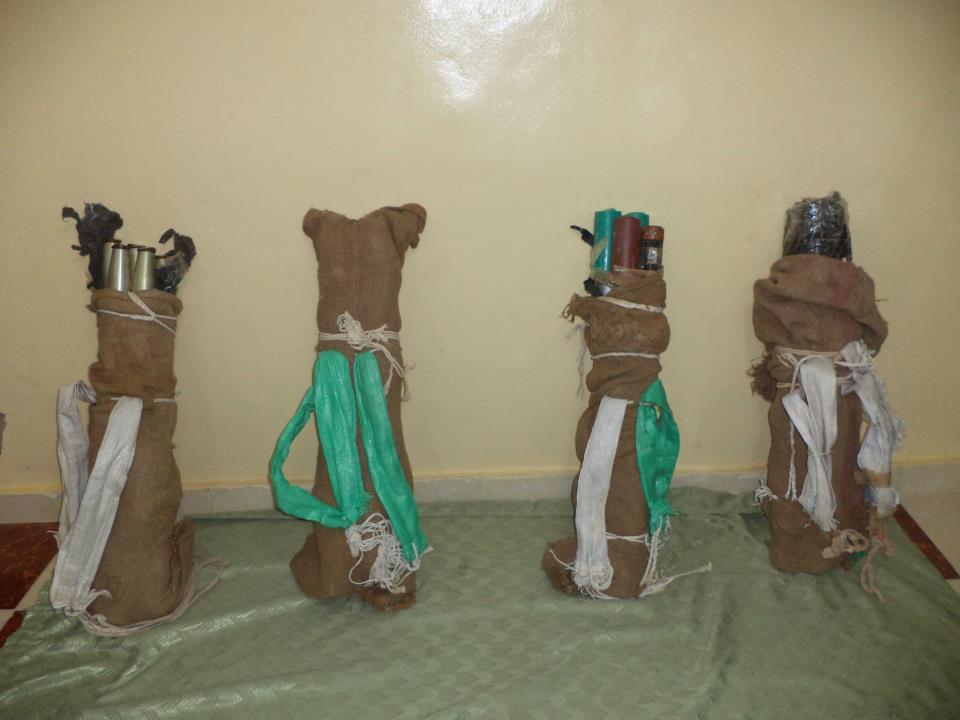 Elements from the Third Field Army seized 19 Grad rockets that were on a van en route to Cairo from Suez.

An automatic rifle and a magazine with 21 bullets were also found in the car.

According to a statement from the Armed Forces, the Third Field Army, in cooperation with port security, also managed to seize a huge shipment of military uniforms and military tools inside two tankers at the Ain Sukhna Port. The seized items included, among other things, camouflage attire, uniforms, military shoes, water bottles, rifle cases, 185 gun cases, 245 helmets, 285 camouflaged T-shirts, and14 tents.

The two incidents were reported to the prosecution in order for an investigation to be launched.