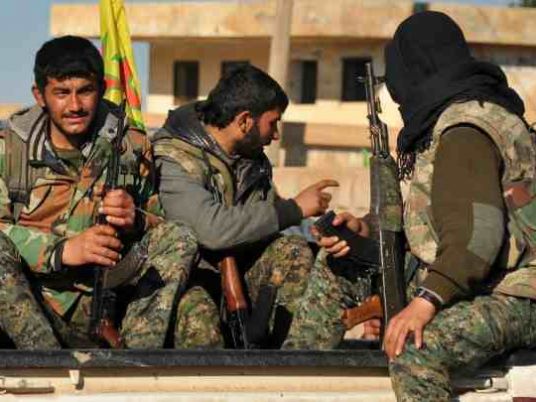 MOSCOW (Reuters) – A senior adviser to Syrian President Bashar al-Assad on Tuesday flatly rejected the idea of giving Syrian Kurds a measure of autonomy, saying such a move would open the door to the partition of the country.

The Kurdish-led authority that runs much of north and east Syria has presented a road map for a deal with Assad in recent meetings with his key ally Russia.

The Kurds want to safeguard their autonomous region inside a decentralized state when US troops currently backing them pull out. They also hope a deal with Damascus would dissuade neighboring Turkey from attacking them.

But when asked on Tuesday if Damascus was willing to do a deal that would hand the Kurds some measure of autonomy, Bouthaina Shaaban, a senior adviser to Assad, flatly rejected the suggestion.

“Autonomy means the partition of Syria. We have no way to partition Syria,” she told Reuters on the sidelines of a Middle East conference in Moscow organized by the Valdai Discussion Club.

Her comments come after Syrian Deputy Foreign Minister Faisal Mekdad expressed optimism last month over dialogue with Kurdish groups, and suggest the Kurds will face an uphill struggle to wring concessions from Damascus, which has said it wants to retake every inch of territory lost during eight years of war.

Shaaban sat next to Russia’s Deputy Foreign Minister at the conference and lavishly praised Moscow for its Syria intervention, saying it had shown “amazing consistency in dealing with facts on the ground”.

She was scathing about Turkish President Recep Tayyip Erdogan and his idea of carving out “a safe zone” in northeast Syria however.

Ankara wants the area near the Turkish border to be cleared of the US-backed Kurdish YPG militia and to move into territory there, some of which is currently controlled by US forces.

Shaaban said the idea smacked of an illegal land grab.

“Turkey has all the new ambition to occupy other people’s land and I think we are facing Erdogan who has dreams of reinvigorating and recreating the Ottoman Empire,” she said.

“But I don’t think he will be able to do that because our people are there to defend our land.”

Turkey backs the anti-Assad opposition that still has a foothold in northwestern Syria, and has troops in that area.