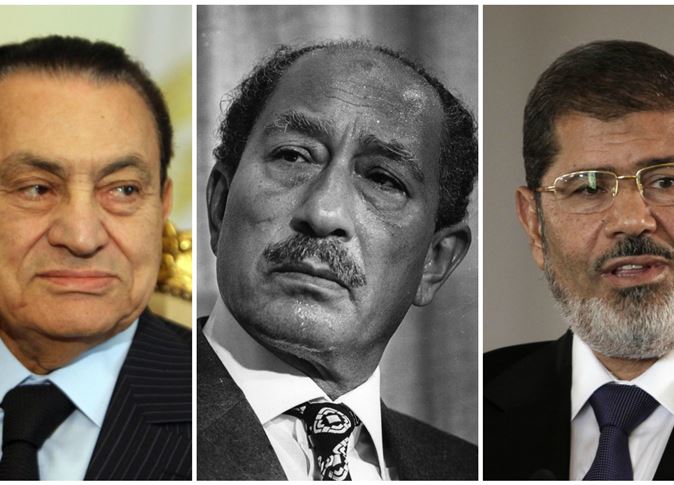 The Constitution is the most important document governing the relationship between the ruler and the citizens. It is based on the principles of justice and equality.
Jean-Jacques Rousseau says in his “Social Contract” that a state is lost if justice is absent.
Normally, a struggle between the forces of society erupts during periods in which constitutions are written because each party wants to take control. But constitutions do not favor any particular party. They try to find a compromise that avoids power conflicts.
The Egyptian Constitution has gone through several stages. The Constitution of 1930 gave the king broad powers, unlike its previous Constitution of 1923. And the 1971 Constitution witnessed many amendments by Sadat, Mubarak and the Muslim Brotherhood. Finally, President Abdel Fattah al-Sisi's comments about the 2014 Constitution opened the door to the possibility of future constitutional amendments when he said that it was crafted with goodwill, but goodwill is not enough to build a country.
Yet the presidents who amended the Constitution have historically not benefitted from it. Sadat was assassinated just a few months before renewing his term, Mubarak was ousted by the January 25 revolution, his sons and all his ministers brought to trial, and the Muslim Brotherhood did not stay in power for more than one year after the 2012 Constitution.
Sadat
In 1980, MP Fayda Kamel proposed an amendment to Article 77 of the Constitution which would allow President Sadat to indefinitely run for office. This amendment would overule the article stipulating that a president is restricted by a two-term limit of six years each.
The amendment was approved in a referendum where 11 million people voted to pass the amendment versus 600,000 against. Despite the win, Sadat still called the number of votes against the amendment "anomalous" during a speech in September 1981, one month before his assassination. He died without reaping the benefits of this success.
Sadat's speech on September 5, 1982
Sadat's assassination
Mubarak
In 2006, President Hosni Mubarak requested that the People's Assembly and the Shura Council introduce amendments to 34 articles in the Constitution that would favor him and his son, which the opposition considered was a way for him to bequeath power to his son Gamal. Both houses approved the amendments by a majority vote in 2007. They were also approved by a 75.9 percent majority in a referendum that the opposition was to later call “Black Tuesday”.
The amended Article 76 of the Constitution said the President would be elected by direct secret ballot. It also stipulated that a nominee for the Presidency must obtain the exclusive approval of 65 members of the People's Assembly, 25 members of the Shura Council and 10 members of each of at least 14 local councils of governorates.
But neither Mubarak nor his son benefited from the amendments, as he was ousted by the January 25 revolution, and his two sons, Alaa and Gamal, went to prison.

When Mohamed Morsi of the Muslim Brotherhood became president, he too, was unable to escape from the curse associated with amending the Constitution. He abolished the 1971 Constitution and replaced it with a new one in 2012, only to get ousted one year later by the June 30 revolution. He and other Brotherhood leaders were arrested on charges of spying and inciting violence.
Sisi's declaration on July 3, 2013
Sisi
In 2014, a constitutional committee headed by Amr Moussa and representatives from different political entities drafted a Constitution that grants more powers to parliament than to the president in a quasi-parliamentary political system. It is this draft that Sisi was to refer to as being crafted out of goodwill, adding that goodwill is not enough to build a country with.
This Constitution was approved by 98.1 percent of the 20 million people who voted, out of a total of 53 million elligible voters.
Today, Sisi's supporters demand more amendments to the Constitution, contending that constitutions should be amended during transitional periods and until stability is attained.
Edited translation from Al-Masry Al-Youm