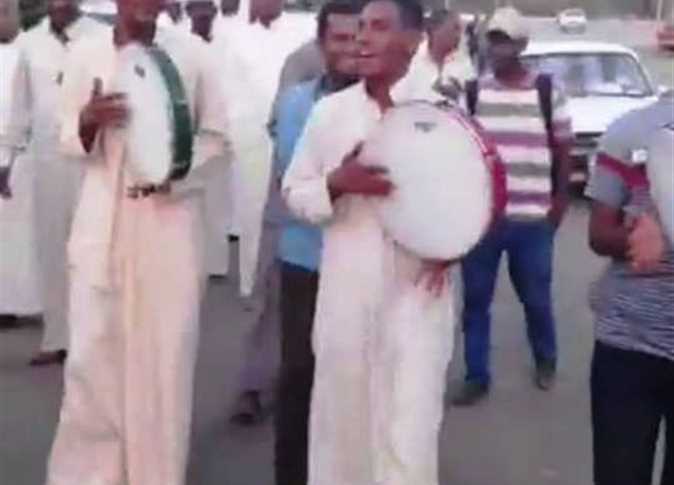 Nubian protesters organized a march with drums on Sunday called the “Nubian Gathering Day” march, in Al-Jazeera Square at the Al-Shallal area. The protest was called for by different Nubian bodies and youth coalitions.

The protesters demanded that Nubian rights stipulated by the Constitution were fulfilled, including the return of the banks of Lake Nasser, and compensation for families who suffered damaged from the construction of the Aswan Low Dam.

For its part, the Nubia Youth Union issued a statement calling for the release of the detainees and the non-prosecution of Nubians and non-Nubian supporters of Nubian rights. It called for a presidential decree for the return of Nubians to their original lands on the banks of Lake Nasser and to activate Article 236 of the Constitution, which stipulates Nubians return to their original areas.