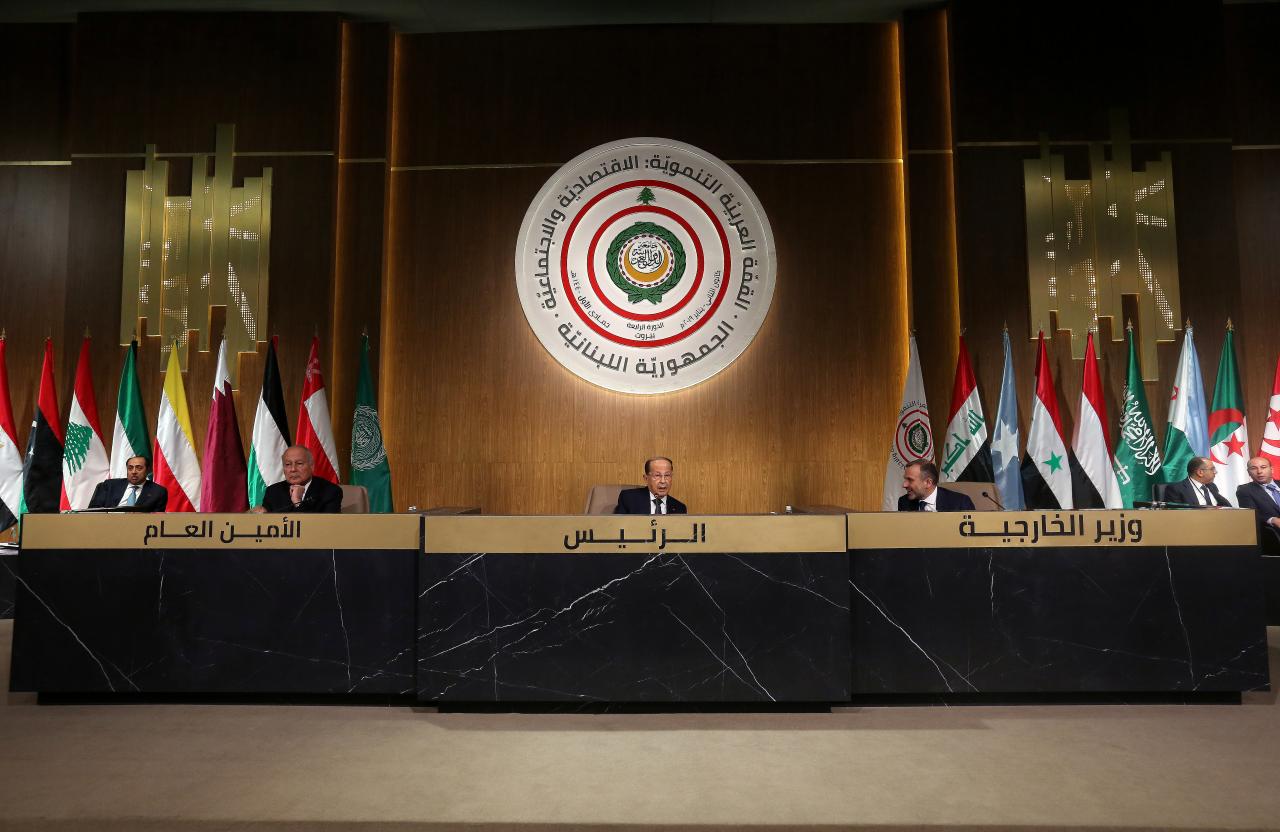 BEIRUT (Reuters) – Lebanese President Michel Aoun urged world powers on Sunday to step up efforts for Syrian refugees to return home, regardless of any political solution to the war there.

Aoun told an Arab economic summit in Beirut that Lebanon had suggested solutions for safe returns for the meeting to agree.

Since conflict broke out in Syria in 2011, more than 1 million people have fled across the border to Lebanon, where aid agencies say most live in extreme poverty.

The United Nations says it is not yet safe to return.

Lebanese officials have called for refugees to go home after Syria’s President Bashar al-Assad reclaimed most of the country with Russian and Iranian help.

Divisions among Arab states over Syria, and internal disputes in Lebanon, have undermined the summit before it began, with several leaders staying away.

A key point of contention has been whether to bring Syria back into the Arab League, more than seven years after its membership was suspended.

Lebanon’s Iran-backed Hezbollah, which has helped Assad’s military defeat rebels and militants, wants rapprochement with Damascus. Its critics oppose this, insisting the United Nations must oversee any repatriations.

“Lebanon calls on the international community to make all efforts possible and provide suitable conditions for a safe return of displaced Syrians… without tying that to reaching a political solution,” said Aoun, a political ally of Hezbollah.

He also proposed creating an Arab bank for reconstruction and development “to help all affected Arab states overcome adversity and contribute to their sustainable economic growth.”

Under deals Hezbollah has helped broker, tens of thousands of refugees have left Lebanon for Syria in the past year – a drop in the ocean compared to the scale of the refugee crisis.

Rights groups have warned against forced returns while a Syrian peace deal remains elusive, and refugees often say they fear conscription into the army.

Lebanese leaders had hoped to reach a deal to form a new government before the summit after months of political gridlock. But talks have failed amid fears for the Lebanese economy.

Reporting by Ellen Francis in Beirut and Maher Chmaytelli in Dubai; editing by John Stonestreet