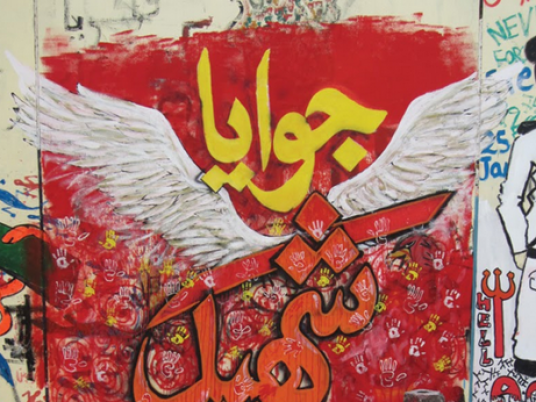 The American University in Cairo (AUC) demolished part of its wall on Mohamed Mahmoud Street and Qasr al-Aini Street, which bore graffiti for the martyrs of the January 25 Revolution and others who fell during following mass protests.
AUC said the wall's demolition comes ahead of plans to demolish a campus building located close to the wall.
The decision was made after the formation of a commission, which agreed to demolish part of the university's wall to facilitate the movement of workers during the demolition process, according to AUC sources.
The university received approval from local authorities ahead of the demolition, according to the sources.
Rehab Saad, a media representative at the university, said local authorities asked AUC to either remodel or demolish the old building located close to the university's wall, and the university administration chose to demolish it.
A garden will replace the old building, she added.
University administration took pictures of the graffiti before the wall's demolition and will soon hold an exhibition on the graffiti, said Saad.
Edited translation from Al-Masry Al-Youm