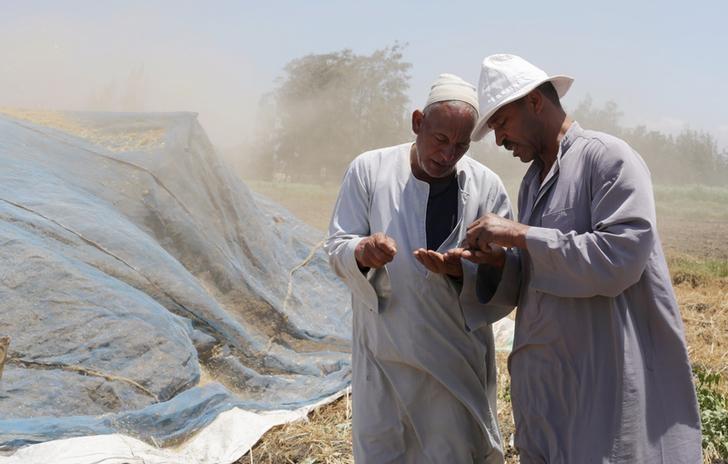 The chief of Egypt’s farmers syndicate, Hussien Abdel-Rahman Abu-Sadam, warned Friday that the recent wave of bad weather on Thursday and Friday would negatively impact the country’s production of wheat and beans.

In a Friday statement Abu-Sadam said that he – accompanied by a delegation from the syndicate – visited several villages and farms in Minya Governorate to assess the damage from the floods.

The wind and rains lodged up several wheat and bean crops which will cause a reduction in their production, he said, adding that the damages also include the falling over of palm and fruit trees.

Several greenhouses also collapsed from the weather, Abu-Sadam said, and agricultural work halted as most farmers remained at home.

But the damages are minor compared to the benefits this weather has brought to some crops, he stated. The rainfall helped wash down several crops, irrigating desert crops with large amounts of much-needed water.

Rainfall irrigated alfalfa, garlic, olives and some wheat, he added, while the floods washed down crops as winds and rain purified the air, which all helped eliminate most pests.

He urged concerned authorities to speed up the installation of fallen lighting poles once the climate calms down, and to compensate farmers who suffered the destruction of crops, trees and greenhouses.

Abu-Sadam also called for establishing a sewage and agricultural drainage network, restructuring and repairing old ones, repairing the roads and sucking water from village streets left severely damaged by the weather.