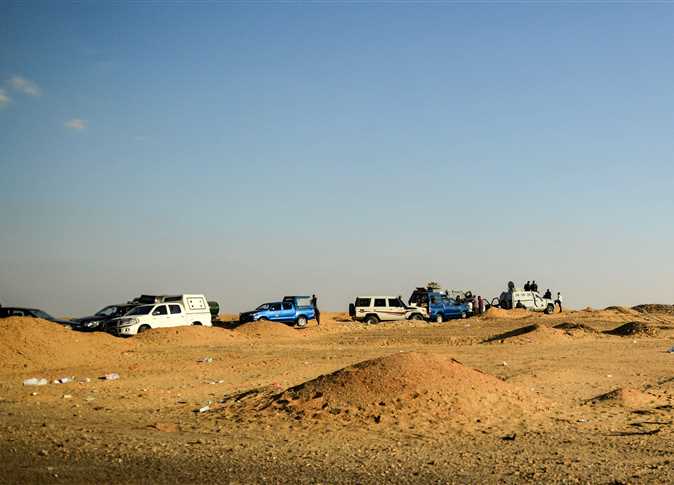 Egypt’s Prosecutor General Nabil Sadek on Monday referred 43 defendants to a military trial for their involvement in the Bahariya Oasis attack at Egypt’s Western Desert on October 2017, which killed 16 security force personnel and left 13 others injured.

The defendants include the former army officer Hisham al-Ashmawi, who was arrested in Libya earlier this month, and Libyan defendant Abdel Raheem al-Mesmary, one of the perpetrators behind the Bahariya Oasis attack.

The incident dates back to October 20, 2017 when a police convoy came under attack by militants using rocket-propelled grenades and explosive devices.

Police forces were attempting to raid the hideout, leading to an exchange of fire initiated by the militants.

The raid took place after the police national security unit was informed of the hideout located in the Bahariya Oasis, a large area of 135 square kilometers, approximately 370 km from the capital.

Egypt’s security forces have been waging a war over the past five years against an Islamist militant insurgency, mostly in North Sinai, that has seen hundreds killed on both sides.