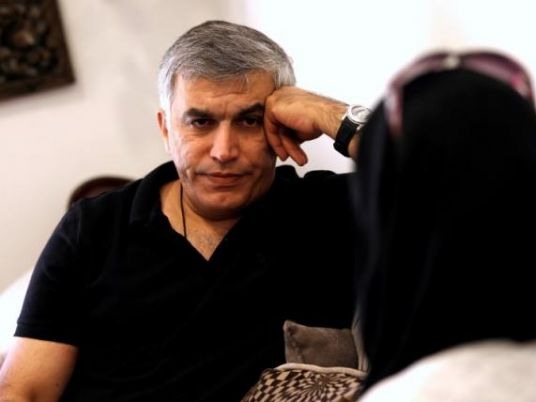 Bahraini police detained Nabeel Rajab, one of the most prominent rights activists in the Arab world, his wife said on Monday on her Twitter account, nearly a year after he was freed from prison by royal pardon.

Sumaya Rajab said security forces searched the family house before they arrested her husband. No reason for the arrest was given, the Arabic language al-Wasat newspaper reported her as saying, and there was no immediate comment from authorities.

Rajab, founder of the Bahrain Center for Human Rights, played a leading role in Shi'ite Muslim-led demonstrations in the 2011 demonstrations demanding reforms in the Sunni-ruled Gulf Arab kingdom.

Bahrain, where the US Navy's Fifth Fleet is based, quelled the 2011 protests but has since struggled to resolve political deadlock between the government and the opposition.

Many Shi'ites complain of political and economic discrimination, a charge authorities deny.

Rajab was jailed in May 2012 on charges of organizing and participating in illegal protests and released two years later.

In January 2015, he was sentenced to six months in jail over remarks deemed insulting of the kingdom's security establishment. He appealed against the verdict but an appeals court confirmed the ruling in May 2015.

He served two months in jail before King Hamad bin Isa al-Khalifa ordered his release by special pardon due to his poor health.