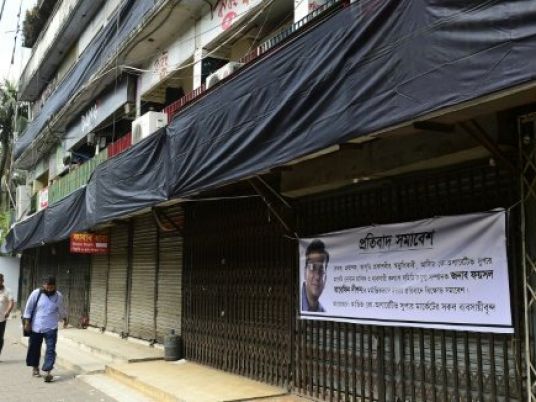 Bangladesh's Supreme Court on Thursday rejected a final appeal from the leader of the top Islamist party against death sentence for atrocities committed during the 1971 war of independence, lawyers said, meaning he could be hanged at any time.

The Supreme Court in January upheld the death penalty for Motiur Rahman Nizami, head of the Jamaat-e-Islami party, for genocide, rape and orchestrating the massacre of top intellectuals during the 1971 war.

Nizami, 73, a former legislator and minister under Khaleda Zia when she was prime minister, has been in jail since 2010 when he was charged with war crimes by the tribunal set up by Prime Minister Sheikh Hasina that year.

The war crimes tribunal has sparked violence and drawn criticism from opposition politicians, including leaders of Jamaat-e-Islami, that it is victimizing Hasina's political opponents.

No Peace Without Justice, a non-profit organization based in Italy, has called the tribunal's proceedings "a weapon of politically influenced revenge whose real aim is to target the political opposition".

The government denies the accusations.

East Pakistan broke away to become independent Bangladesh after the war between India and Pakistan. About three million people were killed.

The verdict comes as the Muslim-majority nation has seen a surge in militant violence in which atheist bloggers, academics, religious minorities and foreign aid workers have been killed.

In the last month alone, five people, including a university teacher, two gay activists and a Hindu have been hacked to death by suspected Islamist militants.

The government has blamed the increase in Islamist violence on Jamaat-e-Islami, but the group denies any link to the attacks.

Four opposition politicians, including three Jamaat-e-Islami leaders, have been convicted by the war crimes tribunal and executed since late 2013.