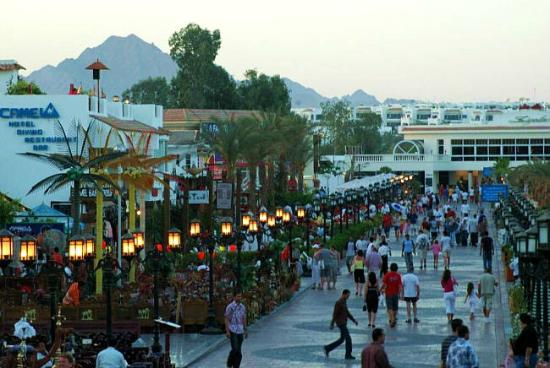 40 members of the British House of Lords called on their government to speedily resume flights to Sharm el-Sheikh following efforts by the Egyptian government to implement new security procedures at the country’s airports.

Nasser Kamel, Egypt’s ambassador to the UK, said that a parliamentary coalition in the British House of Lords strongly supports Egypt’s request to lift the travel travel ban to Sharm el-Sheikh for British citizens. Through contacts with British officials, Egypt is trying to get the ban lifted as soon as possible, he went on to say.

In statements on the sidelines of the World Travel Market London, Kamel said that security experts who have visited Sharm al-Shaikh airport have praised the measures taken by the Egyptian government.

“There is an unprecedented surge in these procedures that conforms to the highest international standards,” he said.

“We are waiting for a political decision that reflects the size of the qualitative shift that took place at Sharm el-Sheikh airport, which has become a model to be followed globally,” Kamel said.

Responding to a question by a British journalist about the expected time for the UK government to cancel the travel ban to the Red Sea resort, Kamel said, “this question should be addressed to the British government, especially after the Egyptian government has implemented a full program to develop security in various Egyptian airports, especially the airport of Sharm el-Shaikh in coordination with the British government, in addition to the Egyptian government developing various inspection devices for passengers and goods in various Egyptian airports.”

The Egyptian ambassador in London pointed out that numerous British inspection committees have visited Egyptian airports, and there have only been positive reports. “The inspection procedures at Sharm el-Sheikh airport are much better than many international airports and better than many airports here in England,” he said.

On her part, Deputy Minister of Tourism Adela Ragab said that Egyptian tourism began to recover strongly during the first quarter of the current fiscal year.

She explained that tourism to Egypt have increased in a number of markets. For instance, the number of German tourists are expected to reach  one million by the end of the year. Ukrainian and Arab interest in Egypt have also witnessed a hike recently.

Ragab expressed her optimism about the return of tourists to Egypt as a result of the joint efforts of the government and the private sector.

She pointed out that figures provided by Egypt’s Central Bank show that tourist expenditure per night have increased from $88 to $92, despite the low prices of tourism programs to Egypt.

Ragab said that Egypt’s participation in major international travel trade shows and exhibitions have been an important tool for promoting the country as a destination, particularly by meeting partners of tour operators and decision-makers in the tourism industry worldwide.

She noted that despite of the British travel ban on Sharm el-Sheikh, the number of vacationers from this market has seen an increase during this year after Hurghada became a favorite tourist destination for the English. Cultural tourism to Luxor and Aswan from Britain is also on the rise, she said.

“The tourism flow coming from Europe constitutes 75% of the country’s incoming tourism, which led us to think about going to new markets in the Middle East,” Demiri said at a press conference in London on Tuesday.

The chairman of the Egyptian Tourism Authority said that Egypt’s participation in the World Travel Market London this year comes against the background of Egypt’s ability to overcome the obstacles it has encountered during the past two years.

Demiry stressed that the Egyptian government is well aware of the importance of tourism to the Egyptian economy. As such, it has worked on developing the electricity infrastructure to avoid the electricity crisis Egypt faced Egypt in the past years. Egypt has also embarked upon numerous national projects that benefit the tourism sector, such as the establishment of the New Administrative Capital and the New Alamein City, which will become a new tourist spot on the Mediterranean Sea.

“There is full coordination between the tourism and aviation sectors for the continuous development of the airports and the fleet of Egypt Air, which announced the signing of a new aircraft deal consisting of 45 aircraft will join the fleet until 2021,” he said.

Egypt’s tourism sector, representing approximately 12 percent of the economy, has experienced significant problems in recent years, particularly since the downing of a Russian civilian aircraft over the Sinai peninsula in October 2015, which killed all 224 passengers on board.