Cairo University announced that it jumped 100 spots in the rankings of the world’s top universities, according to the Academic Ranking of World Universities (ARWU) 2019 by Shanghai Jiao Tong University.

In previous years, Cairo University ranked among the top 500 universities.

“Since 2003, ARWU has been presenting the world’s top 500 universities annually based on transparent methodology and objective third-party data. It has been recognized as the most reliable and trustworthy source of global university rankings. The best 1,000 universities in the world were published already this year,” the university said in a statement.

Mohamed Othman al-Khesht, President of Cairo University, said that the significant progress made by Cairo University is the result of strategic planning and efforts made by the management of the university, its professors and its researchers.

The research system developed and implemented by the University is now proceeding successfully and distinctively, Khesht added.

The university collaborated with international scientific magazines such as JAR magazine, which ranked fifth globally after Nature and Science magazines, according to the latest classification of the most influential journals.

It contributed as well to the first international journal on humanities and social sciences, which was published in collaboration with the British Emerald, he said. 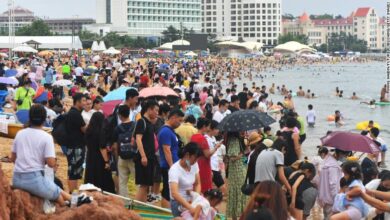