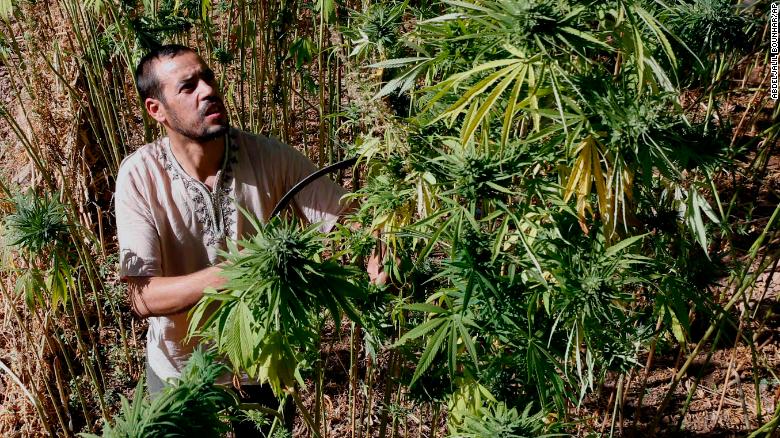 For decades poor farmers in countries like Jamaica and Morocco have risked the wrath of governments and gangsters to grow cannabis as a cash crop.

But as Canada becomes the first country in the Group of Seven leading industrial nations to fully legalize marijuana, those countries where the crop has traditionally been grown risk losing out on new legal markets worth billions of dollars.

When people think of cannabis production in developing countries, they tend to picture drug cartels and bandits.

The truth, says Martin Jelsma of the Transnational Institute (TNI), a Dutch drug-policy research organization, is that most growers are poor farmers, often women, who cultivate marijuana on small holdings in the hills and mountains.

Now they are competing with Western corporations. And with no international institution to represent them because of the illegality of marijuana in most of the world — even the UN’s Food and Agriculture Organization, whose mandate is to fight rural poverty and hunger, has no experts or policy on this cash crop — growers risk being left behind.

“It’s all about trying to bring some of these small farmers into the opening market,” said Jelsma.

“The big risk is there is a complete corporate capture going on. It’s happening in the medical market, especially with Canadian and Israeli companies, and there is a lot of money involved,” he said.

One of the first countries to go soft on soft drugs was the Netherlands, where smoking pot in coffee shops has been tolerated for decades.

The Dutch government is currently considering setting up legalized production pilot projects, and the fear is there could be a negative impact on Morocco, which, Jelsma says, produces around 25% of cannabis consumed in the Netherlands.

“They are opting for a closed model — only allowing products cultivated here — which means shutting out from the market farmers in Morocco who have relied on Dutch coffee shop sales for decades,” he said.

Most of Morocco’s hashish production takes place in the poor and politically volatile Rif mountains, where tens of thousands of families make their living from growing marijuana.

St. Vincent and the Grenadines are in the process of passing similar legislation to Jamaica.

The Caribbean Community (Caricom) has set up a marijuana commission which recently published recommendations to decriminalize the drug, with a view to rural development and boosting the income and rights of farmers.

In a report entitled “Waiting to Exhale,” the commission also recommended making sure small farmers are included in any production and supply arrangements, with appropriate controls limiting large enterprise and foreign involvement.

Others in the region, whose main crop until recently was bananas, want to go further and make cannabis the “new 21st-century banana,” as St. Vincent Finance Minister Camillo Gonsalves put it in 2014.

One of the biggest obstacles to making marijuana a lucrative currency earner for poorer nations is the international treaty system on drugs and narcotics, based in Vienna.

While producing and exporting cannabis for medical purposes is allowed within the international legal system, it is not allowed for recreational purposes.

“The problem is the issue in Vienna is so polarized,” said Jelsma. “The treaties are clearly outdated and don’t give any flexibility for countries like Jamaica to design their own drugs policies.”

He said Russia in particular was dead set against any loosening of international laws on pot.

“By moving forward with the legalisation of cannabis for non-medical purposes in disregard of its legal obligations and diplomatic commitments, the Government of Canada has contributed to weakening the international legal drug control framework and undermining the rules-based international order,” the INCB said.

Canada has acknowledged that by legalizing pot it is in breach of its international treaty obligations. The country supports a group of international lawyers who are working to find a compromise so countries can “opt out” of the provisions for marijuana crops and legally export their product.

Denying it has lost war on drugs, UK rules out legalizing cannabis