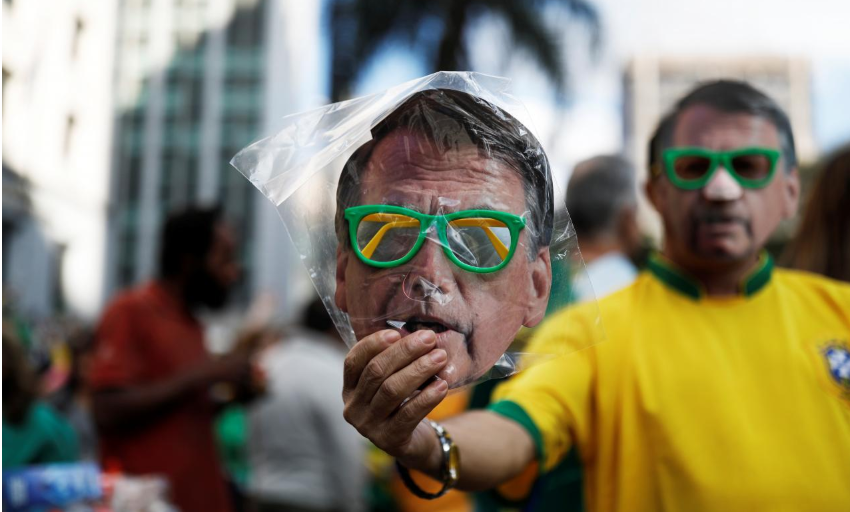 SAO PAULO (Reuters) – A presidential campaign that has deeply split Brazilians and is likely to end with the election of far-right candidate Jair Bolsonaro careened into the final week of campaigning on Monday.

Pollsters say Bolsonaro has an 18 percentage point lead over his leftist rival Fernando Haddad of the Workers Party (PT). With 95 percent of Bolsonaro’s backers saying in surveys that they will not consider changing their votes, it would take a stunning twist for Haddad to pull out a win in Sunday’s run-off ballot.

Tens of thousands of Bolsonaro’s backers gathered in several cities across Brazil on Sunday, and the vibe was more of victory parties than pre-vote rallies.

“This is a clear sign that citizens are truly concerned about the future of Brazil and want somebody different from the PT in the presidency,” Bolsonaro said late Sunday in a television interview.

Anti-Bolsonaro protesters gathered in fewer cities on Saturday for events that were mostly organized by a Facebook group of women voters who oppose him.

For his part, Haddad appealed to the PT’s base of poorer Brazilians, promising to expand social programs and to put a cap on the spiking costs of cooking gas cylinders, primarily used in low-income homes.

Bolsonaro, 63, is a former army captain and seven-term congressman with an undistinguished career – he has authored just two bills that became law – who openly defends Brazil’s 1964-1985 military dictatorship.

He has caught fire with an electorate seeking order after five years of dueling economic and political crises. Until this run, Bolsonaro was best known for making pro-junta, homophobic and misogynist rants over the years.

The country’s economy is still hobbling after emerging from its deepest recession in decades. Graft investigations have ensnared the political and business elite, and exposed stunning levels of political corruption that have hit every major party.

Haddad, a 55-year-old former mayor of Sao Paulo, only became the PT’s candidate in September after imprisoned former president and PT founder Luiz Inacio Lula da Silva was barred from running because of a corruption conviction.