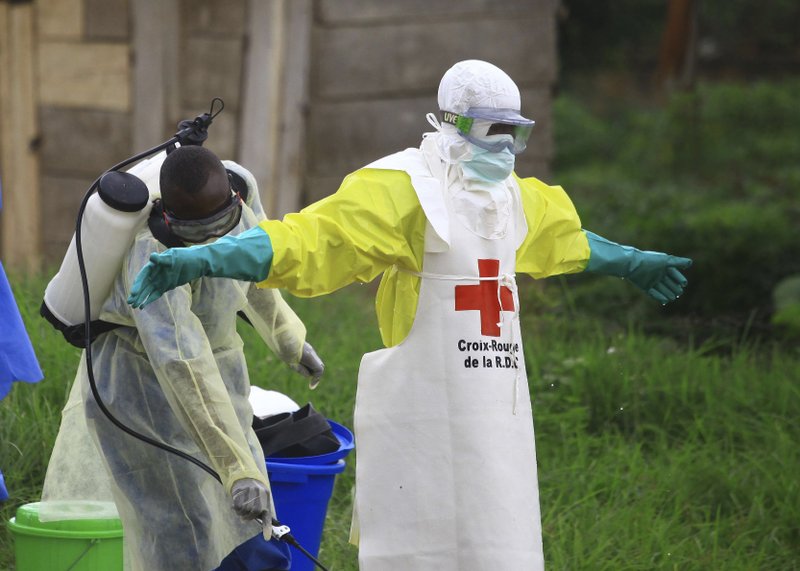 GENEVA (AP) — A top Red Cross official said Friday he’s “more concerned than I have ever been” about the possible regional spread of the Ebola virus in Congo after a recent spike in cases.

Emanuele Capobianco spoke by phone ahead of a key World Health Organization meeting in Geneva later Friday about whether to declare the deadly Ebola outbreak in northeastern Congo an international health emergency.

This epidemic has become the second-deadliest Ebola outbreak on record since being declared on Aug. 1. Congo’s health ministry on Thursday reported 1,206 confirmed and probable cases, including 764 deaths.

He called that rate unprecedented in the outbreak.

“The numbers are increasing. And so I’m more concerned than I have ever been of a potential regional spread,” Capobianco said, while cautioning it was a “personal” assessment.

He cited lack of trust about Ebola treatment in the community, which had never faced an Ebola outbreak before, and insecurity caused by rebel groups that has hurt aid efforts.

WHO reported Thursday in a weekly Ebola bulletin that 57 health zones in Congo had reported new cases over the last three weeks.

The outbreak is occurring close to the borders of Uganda and Rwanda, with South Sudan not far away.

By JAMEY KEATEN and MARIA CHENG