A controversy has accompanied the formation of the 50-member panel tasked with amending the Egyptian constitution after the 30 June uprising.

While the Salafi-oriented Nour Party has threatened to quit politics if articles on Islamic Sharia are modified, the Egyptian Church declared that it had no objection in maintaining the second article of the document, which stipulates that Islam is the country’s official religion, that Arabic is its official language, and that Islamic Sharia is the main source of legislation.

In a statement, the Nour Party said it had obtained assurances from officials of the transitional government that articles related to the country’s identity (2, 4, 81, 219) would not be changed. The party added that General Abdel Fattah al-Sisi, Mohamed ElBaradei, Pope Tawadros II, and al-Azhar had agreed not to target these provisions for change. The Nour Party said that the consent of those parties represents a moral and political commitment.

But Kamal Zakher, a Coptic thinker, voiced reservations to Egypt Independent regarding Article 219 of the old constitution. “There is no objection to maintaining Article 2 of the 1971 constitution. The disagreement is not on the recognition of Islamic Sharia, but rather on its interpretation by various Islamic currents. Sharia respects our own religious laws and vows to protect them.”

Zakher suggests replacing Article 291 with a new provision regarding citizenship and equality between Egyptians. He also demands that the church not select any nominees to the constitutional assemble from its own circles, and instead give the most competent people the opportunity to represent the church in the 50-member panel. The church, he says, should approach the Court of Cassation and the Court of Appeals to nominate one of their Coptic members to represent Copts in the constitutional panel, provided that the nominee enjoys both the professional and religious capacity to do so.

The Coptic thinker said that the second article of the constitution is inclusive and does not pose a problem for Copts. He explained that the dilemma lies in other articles which empower society with the right to defend values and ethics. Zakher argues that such a fact opens a “backdoor” for the formation of religious vigilante groups, as well as religious edicts regarding various freedoms.

“The principles of Islamic Sharia include general evidence, foundational rules, rules of jurisprudence, and credible sources accepted in Sunni doctrines and by the larger community,” Article 219 says.

Father Salib Matta Sawiris, secretary of the Confessional Council, believes that there is no clash between Egypt’s civil identity and the text of article 2 of the 1971 constitution. He explains that the article was copied verbatim from the 1912 constitution, but acquired additional interpretations, which, he says, are the source of the problem. “We have no problem including it in the new constitution, but Egyptians, not just Copts, will encounter a problem with the other Sharia-related articles from the suspended constitution, which open the door to capricious interpretations.

The church has the right to select representatives to the 50-member panel in a way that serves its interests and achieves its vision, being a religious authority that unites and represents Copts. 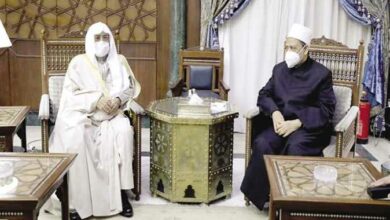