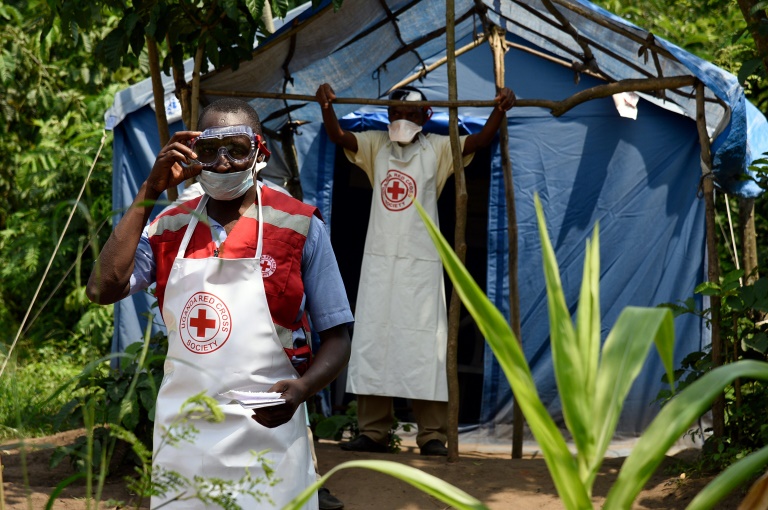 Authorities in Democratic Republic of Congo have appealed for calm after a preacher fell ill with Ebola in the eastern city of Goma, the first recorded case of the disease in the region’s urban hub in a nearly year-old epidemic.

Goma, which has a population of around one million, is the capital of North Kivu province, the epicentre of an outbreak that has claimed more than 1,600 lives — the second highest toll in Ebola’s history.

In a statement, North Kivu Governor Carly Nzanzu Kasivita stressed the new case “not only was detected at an early stage but also was isolated immediately, avoiding any further contamination.”

“I call on the population of the city of Goma and its outskirts to keep calm… (and) cooperate with response teams by observing hygiene and prevention measures and notifying any suspected case of Ebola,” he added.

According to the latest health ministry figures, issued on Saturday, 1,655 people have died from the notorious hemorrhagic virus since August 1 last year, when the disease broke out in North Kivu and spread to neighboring Ituri.

The Goma patient is a Christian pastor who had preached at a church in another town, Butembo, where he would have touched worshippers “including the sick”, the health ministry said Sunday.

The preacher on Friday took a bus from Butembo, one of the towns hardest hit by the outbreak, and arrived two days later in Goma where “the results of the laboratory test confirmed that he was positive for Ebola”, the ministry said.

“Given that the patient was quickly identified, as well as all the passengers on the bus from Butembo, the risk of the disease spreading in the city of Goma is low,” it added.

The pastor was swiftly taken back to Butembo, about 300 kilometers (180 miles) from Goma, the governor added.

The other passengers on the bus, 18 in all, and the driver will be vaccinated against Ebola on Monday, said the ministry, urging the population of one of Africa’s largest countries to “keep calm”.

The United Nations was convening a “high-level event” in Geneva on Monday to discuss response and preparedness for the Ebola outbreak.

It will be attended by government ministers from the DR Congo and Britain, senior officials of the World Bank, the World Health Organization (WHO), and other UN agencies.

Last month, the WHO said the outbreak did not qualify as an international threat — a category that significantly ramps up global response to a contagious disease.

Its decision took into account cases of infection that surfaced in Uganda among a family that had travelled to eastern DR Congo to see a relative stricken with Ebola.

Ebola spreads when humans touch the blood, body fluids, secretions or organs of an infected person, or objects contaminated by such fluids.

Health workers in Goma were vaccinated as early as December when the outbreak first hit Butembo further north.

Efforts to roll back Ebola have been hampered by Insecurity in a region plagued by militia groups, who have attacked treatment centres.

Local hostility to health workers trying to trace and isolate people in contact with Ebola patients is another hurdle.

Two more Ebola workers were murdered in their homes in North Kivu after months of threats, the ministry said.

The latest epidemic is the 10th documented outbreak in DR Congo since the disease was identified in 1976 near the Ebola River, which gives it its name.

It is the second deadliest on record globally, after the epidemic that struck West Africa in 2014-2016, killing more than 11,300 people.

Porous border could hinder efforts to stem spread of Ebola