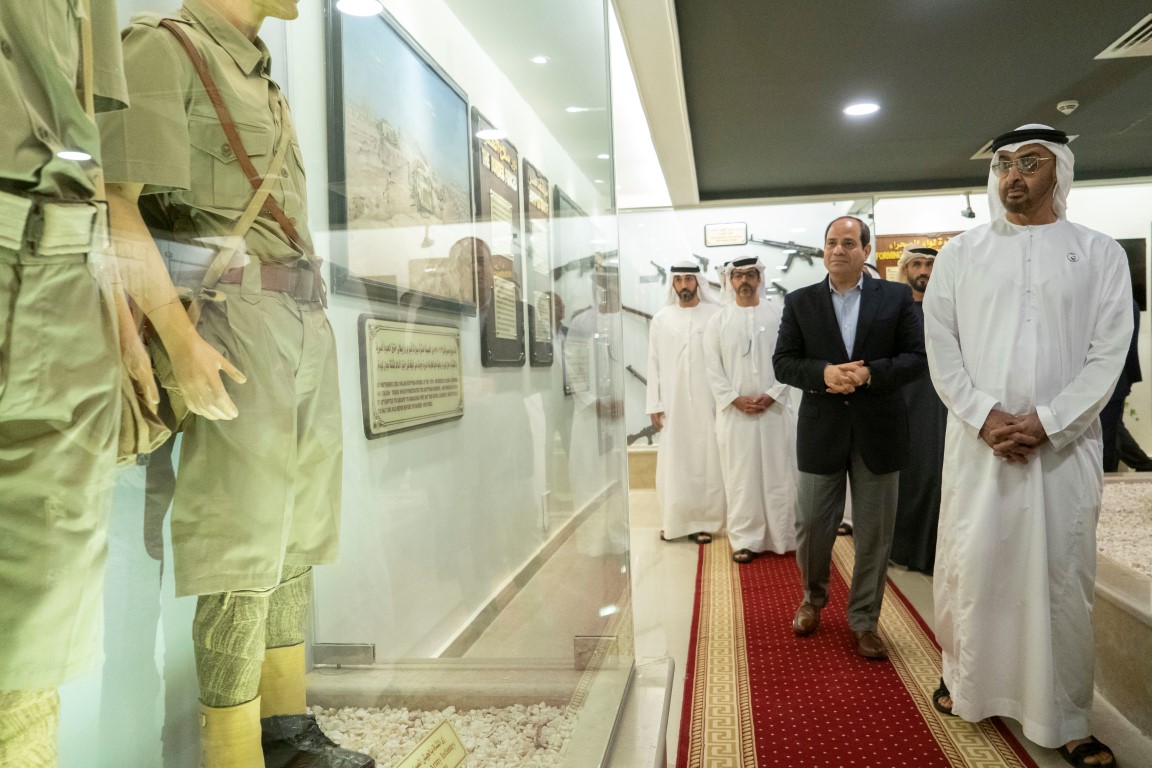 Radi added that Bin Zayed visited the military al-Alamein museum, which contains weapons, armored vehicles, and warcrafts that memorialize the Battle of al-Alamein of 1942.

The two leaders also visited the gallery, which displays maps of the battle and details the military role of Egypt during the Second World War from 1940-1945.

The meeting was followed by an extended session between the two countries’ delegations in which they signed a number of joint cooperation agreements in the fields of housing, irrigation, trade and industry.