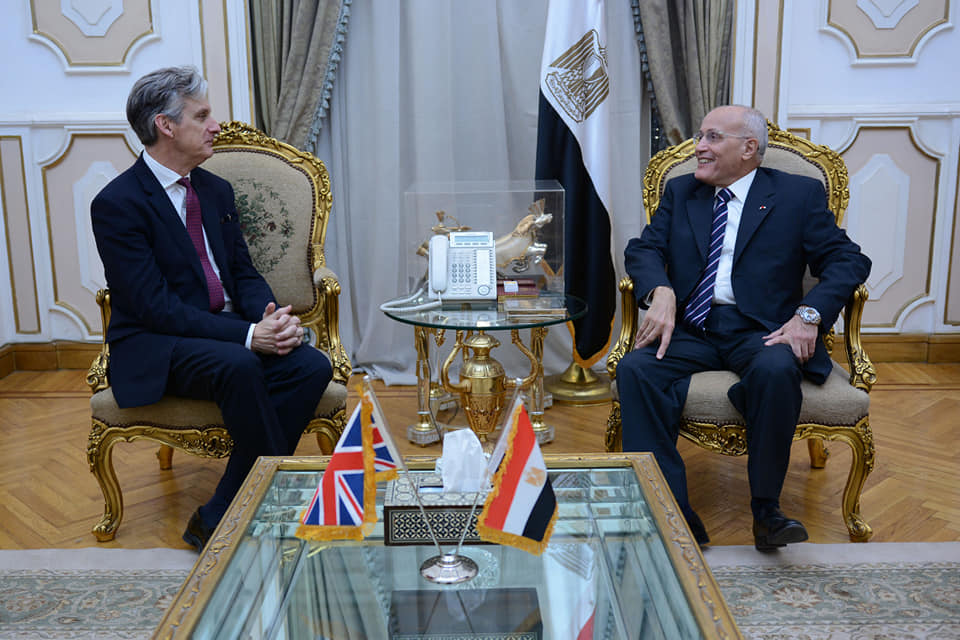 Egypt’s Minister of Military Production Mohamed al-Assar met with British Ambassador to Cairo Geoffrey Adams at the ministry’s headquarters on Tuesday to discuss topics such as the manufacturing of military equipment.

The talks also focused on issues of common interest and stressed on the importance of further cooperation between companies affiliated with Egypt’s Military Production Ministry and British companies in various fields.

Adams praised the experience of the Military Production’s companies and the stability Egypt is currently seeing as a result of efforts by the government to combat terrorism and improve security.