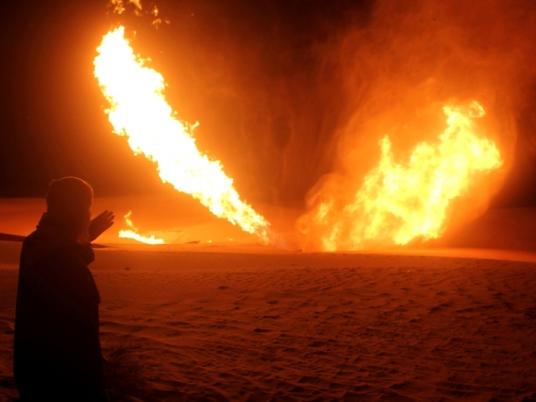 Egyptian jihadists claimed Monday to have bombed a pipeline in the Sinai that carries gas to Jordan, saying it was targeted over Amman's role in the US-led war on the Islamic State group.

Ansar Beit al-Maqdis, Egypt's deadliest militant group which has pledged allegiance to IS, tweeted unverified pictures of the claimed attack, without saying when it was carried out.

Since the 2011 uprising that toppled president Hosni Mubarak, there have been 27 confirmed attacks on energy pipelines in the Sinai Peninsula, the most recent of which was on December 23.

Jordan is among a number of Arab states that have joined the US-led campaign of air strikes against IS, which captured swathes of Syria and Iraq where it has declared a caliphate.

IS says it has captured one of the kingdom's pilots after his plane crashed in Syria in December.

Energy-poor Jordan was heavily reliant on gas supplies from Egypt, until the flow was interrupted in the spate of bombings since 2011.

The Amman government has made plans to buy gas from Israel, despite growing opposition at home from critics of the Jewish state's policies towards the Palestinians.

The Egyptian military has poured troops and armour in the Sinai to fight the jihadists.

The militants have killed scores of policemen and soldiers since the army overthrew Mubarak's successor Islamist president Mohamed Morsi in 2013 and cracked down on his supporters.