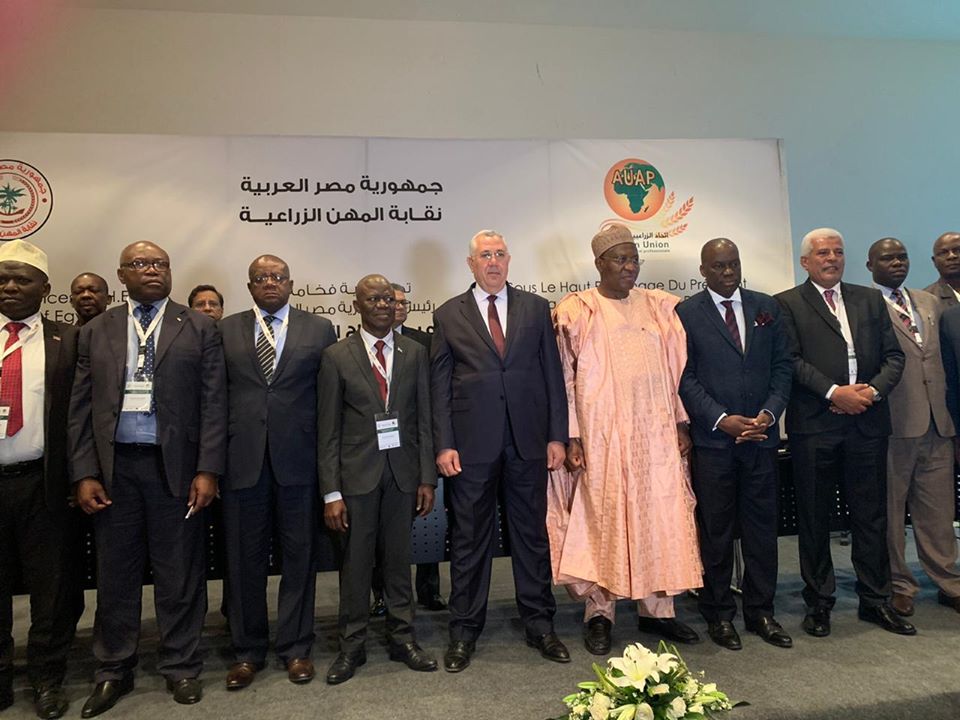 During his speech at the opening of the inauguration conference of the AUAP, in the presence of 20 African ambassadors, Egypt’s Minister of Agriculture Al-Sayed al-Qosair said that under Egypt’s presidency of the AU the continent has witnessed unprecedented achievements.

Egypt actively contributed to enhancing African peace, openness and integration with the global economy, he explained, strengthening the strategic partnership between the continent and major powers on the basis of mutual interests, respect for national sovereignty, and strengthening economic and trade relations.

Qosair said that the agricultural sector represents an essential pillar in the national economy of most African countries, due to its large contribution to the gross domestic product and in providing the food security and raw materials needed for many industries – in addition to absorbing a large proportion of the labor in agricultural activity and related sectors as a main source of income.

He explained that African governments are interested in the agricultural sector and its workers to achieve optimal use of agricultural economic resources in line with the African development agenda – including facing challenges related to climate change, biological diversity, desertification, water scarcity and more.

Qosair said that the initiative launched by the Egyptian Agricultural Professions Syndicate to establish the AUAP, as a forum and platform for exchanging views among agricultural professionals, will effectively contribute to maximize their greater role in achieving sustainable agricultural development for the people of Africa – raising its efficiency, promoting its role and achieving harmonization among them to serve Africa’s agricultural sector and its workers.

The AUAP has a responsibility to play the main supporting role to achieve sustainable development in the agricultural sector and its related activities, he added, especially in light of its spread in most areas of the countryside and urban areas, where most laws in African countries provide them with protection and support for their unions.

Qosair said that Egypt has allocated headquarters for the AUAP, and the Head of the Agricultural Professions Syndicate Sayed Khalifa was assigned to prepare the necessary study for the headquarters budget.

The Secretary-General of the Pan African Agriculturals Conference, Magdy Allam, said that the AUAP will include all those working in the field of the African agricultural sector, and consists of 15 members headed by the Cameroonian ambassador in Cairo, Mohamadou Labarang, who will consult with African ambassadors in selecting the rest of the board of directors.

Khalifa said that the establishment of the AUAP comes from the belief in the importance of agricultural integration and cooperation, maximizing the use of the available capabilities in all African countries as a civil society organization.

He stressed the need to expand on the African joint farms, drug projects, and the production of plant varieties and seeds, as the continent represents the largest biological diversity on the continental level.