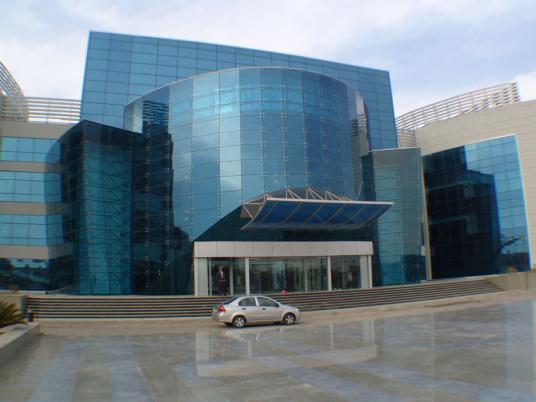 Egypt ranks among the world's lowest-spending countries when it comes to research and development (R&D), with overall spending below that required by the Egyptian Constitution and well below Sustainable Development Goals, according to figures presented in a new UNESCO report.

The report puts Egypt's total R&D expenditure at $6.4 million per year, which is only 0.7 percent of the country’s gross domestic production (GDP), below the 1 percent target mentioned in the Constitution.

The most recent version of the UNESCO Science Report: Toward 2030, which was released on September 14, was compiled by the UNESCO Institute for Statistics, and is intended to support efforts to achieve UNESCO'S Sustainable Development Goals (SDGs).

Those countries aiming for SDG targets have pledged to substantially increase public and private R&D spending as well as the number of researchers by 2030.

The report shows that global spending on R&D has reached a record high of almost $1.7 trillion. However, about 10 countries account for 80 percent of spending, and many others are lagging behind, with Egypt among the poorest performers.

The report provides statistics not only on Gross Domestic Expenditure on Research and Development (GERD) but on the percentage spent relative to a nation's GDP.

The top five spenders on R&D at present are the United States, followed by China, Japan, Germany and the Republic of Korea. However, the ranking changes dramatically when viewed in terms of R&D spending as a percentage of GDP, with South Korea, Israel, Japan, Finland and Sweden topping the poles.

"While six countries globally surpassed the 3 percent target, and three are smaller EU economies: Denmark, Finland and Sweden. These, in turn, lag behind Japan, with 3.6 percent and Israel with an impressive 4.1 percent. And all of them trail behind the Republic of Korea – the world leader – with 4.3 percent. Austria, Germany and Switzerland hover around 3 percent, as does the biggest spender of all, the United States," the report said.

Egypt, meanwhile, is toward the bottom of the rankings, and failing to reach even its own 1 percent target, although there are some signs of improvement.

Egypt has seen an improvement in terms of the percentage of GDP spent on R&D in recent years, but the report did not go into detail on why this is. Egypt's GERD as a percentage of its GDP increased from 0.43 percent in 2009 to 0.68 percent in 2013.

UNESCO data also pointed to an increase in the number of scientific publications in Egypt, rising from 2,919 in 2005 to 8,428 in 2014, while the number of researchers per million inhabitants in Egypt has reached 681, an improvement on previous years.

The report quotes from the Egyptian Constitution, pointing to the nation's commitment to spending on R&D as an essential part of national development.

“The Egyptian Constitution adopted in 2014 mandates the state to allocate 1 percent of GDP to R&D and stipulates that the ‘state guarantees the freedom of scientific research and encourages its institutions as a means towards achieving national sovereignty and building a knowledge economy that supports researchers and inventors',” the report said.

While the UNESCO statistics seem to show Egypt lagging behind its stated targets, there is no explanation given as to why this might be.

However, clues may be found in the high proportion of R&D spending on the part of the private sector in more developed nations such as the United States, where many technology-heavy companies have their R&D operations, often working closely with government institutions.

By contrast, Egypt's private-sector investment in R&D is relatively low, with a larger proportion paid for from public funds, which have been under serious pressure in recent years. Public sector research institutions and universities have also been responsible for most of the R&D work in Egypt, a fact that the report highlights.

“For decades, science and technology in Egypt were highly centralized and dominated by the public sector,” the report said.

Among the recommendations given in the report were several encouraging greater cooperation between the Egyptian government and private-sector players.

"Government departments need to be much more knowledgeable about the needs and aspirations of the private sector; they need to engage in much closer collaboration with the Industrial Modernization Centre, the Federation of Egyptian Industries," said the report.

Another of its recommendations also targeted closer cooperation between the public and private sectors: "A national innovation funding agency should be set up to support private sector research and public–private co-operation, with the provision of competitive funding being its core task."

While the report clearly sees much work to be done, it also highlights several positive changes in the Egyptian government's policies on science, technology and innovation (STI) since the Arab Spring in 2011. These have recently been harnessed by several initiatives in sectors such as energy, for instance with the revival of the Zewail City of Science and Technology project, which includes Egypt’s first Research University.

Egypt's public spending on higher education amounts to 1 percent of GDP, which is not far below the 1.4 percent average of Organisation for Economic Co-operation and Development (OECD) countries.

“Nonetheless," says the report, "most of these resources cover administrative costs, in particular the salaries of academic and non-academic staff, rather than going on educational programs. This practice has created a legacy of outdated equipment, infrastructure and learning materials.”

According to the report, military spending in Egypt is partly responsible for a lack of money available in other areas, including development and education.

“Military spending is eating up resources for development, with 1.7 percent of GPD in Egypt in 2015,” the report said.

The report's authors recommend revising the distribution of the country’s resources and spending to produce "market-ready" graduates.

Among the report's recommendations is a reassessment of the link between course of study and the industrial and research contexts to which they relate.

"The Ministry of Scientific Research should develop close ties to the Ministry of Higher Education. The shortfall in scientific research is also reflected in the noncontextualization of learning materials in tertiary curricula."

While the report's authors see room for improvement in many areas, there was praise for Egypt on the issue of gender parity, particularly in the context of Arab countries.

The report said that Egypt and Bahrain are very close to gender parity in researchers, while in most other countries women make up between one-in-three and one-in-five researchers. In 2013, women climbed to 42.8 percent of researchers in Egypt, which is the highest rate among the Arab countries included in the report.

In Saudi Arabia, women researchers made up just 1.4 percent of the total in 2013.

“The proportion of female university graduates in tertiary education in Egypt has inched closer to gender parity in recent years, but only in urban areas. The urban–rural gender divide is still alive and well,” the report said.