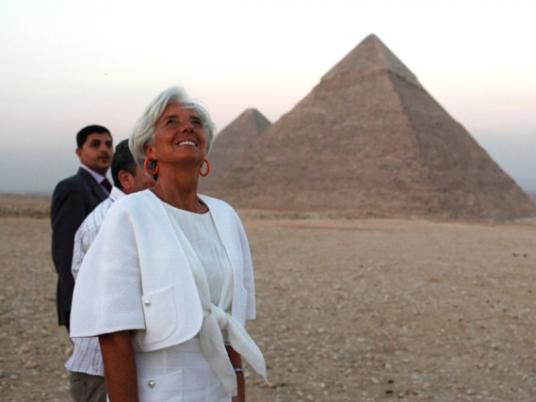 Egypt has received the fifth installment of the International Monetary Fund (IMF) loan, worth $2 billion, an official source at the Central Bank of Egypt (CBE) said, adding that the new batch of the IMF loan will be used to support the state budget and will have positive repercussions on foreign reserves.

An official source with the IMF told Al-Masry Al-Youm via telephone from Washington, DC that Egypt has the right to dispense the new tranche due after the approval of the IMF Executive Board.

The source praised the progress made by Egypt in the implementation of the economic reform program.

Two days ago, the Executive Board approved granting Egypt the fifth installment of the $12 billion loan, bringing the total Egypt has received from the IMF since November 2016 to $10 billion. The last installment of $2 billion is expected to be received by the end 2019.

Finance Minister Mohamed Maait said that the loan tranche is being converted into Egyptian pounds to the accounts of the Finance Ministry to strengthen the general budget after the CBE receives it in US dollars.

Maait said on Tuesday that Egypt will not receive any credit facilities from the IMF at the conclusion of its reform program within four months, adding that the last review will be in June, at which time it will be decided for Egypt to receive the last tranche of the loan.

He explained that the approval of the Executive Board for the disbursement of the fifth tranche to Egypt came as a result of the success of the economic reform program, as proved by the last review of the IMF.

IMF Director-General Christine Lagarde said that since Egypt embarked on its ambitious economic reform program in 2016, it has made significant progress, evidenced by its success in achieving macroeconomic stability and one of the highest growth rates in the region.