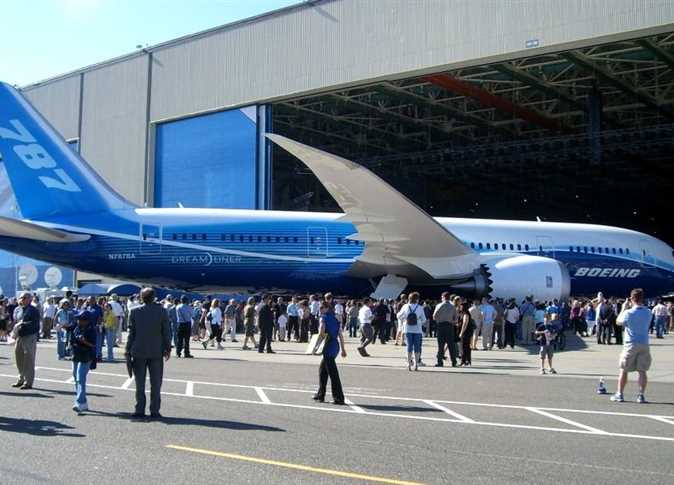 A delegation from EgyptAir has left Cairo on Saturday to Seattle city, in order to receive its second Boeing Dreamliner B787-9 model, as part of a long-term US$6 billion deal to purchase six aircraft, signed at the Dubai Airshow 2017.

On March 28, the Cairo International Airport received its first Dreamliner aircraft and on April it took off on its first flight to Kuwait, after the plane joined the company’s fleet.

EgyptAir operates this type of aircraft on Shanghai, China, Tokyo, New York and Bangkok flights, as it is capable of traveling between 14,800 to 15,700 km non-stop and has 20 percent less fuel consumption than its counterparts in commercial aircraft.

The Boeing 787 Dreamliners are powered by Rolls Royce engines to fly over long distances. Its capacity ranges between 210 to 330 passengers.

EgyptAir to receive 12 Airbus aircrafts at beginning of 2019