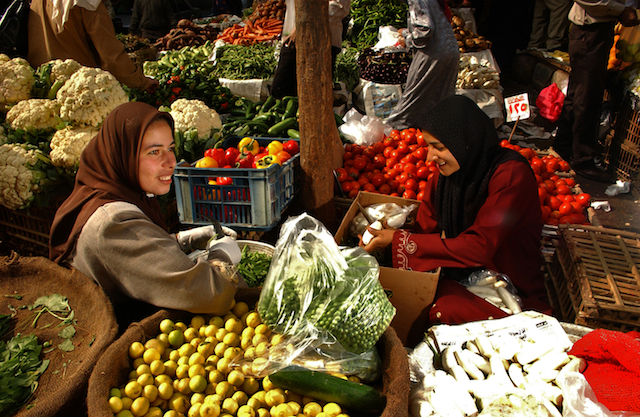 Egypt’s annual inflation rate has hit 2.7 percent this month, up from 2.4 percent in October and compared to 15.6 percent in November 2018, according to The Central Agency for Public Mobilization and Statistics (CAPMAS).

Meanwhile, the monthly inflation rate declined by 0.5 percent in November, and Egypt’s urban consumer price  inflation rose to 3.6 percent, up from 3.1 percent recorded the previous month.

Food prices have dropped by 1.6 percent in Egypt, CAPMAS noted, and the price of vegetables has declined as well by 4.3 percent, with the price of tomatoes going down by 16.7 percent, cucumbers by 11.4 percent, and beans by 6.39 percent.

Prices of other staple food items have gone down as well. Fruit prices have declined by 3.5 percent, meat by 1.7 percent, and bread and cereal by 1.3 percent.

Egypt’s inflation rate stood at 11.7 percent between January to July, according to a CAPMAS report in September, which attributed the increase in inflation to rising fuel prices in July and a 0.5 percent increase in prices of foodstuffs between June and July.

Between June 2018 and July 2019, Egypt witnessed an 8 percent increase in food prices.

Egypt floated its currency in November 2016, and the Egyptian pound has been reduced in value by about half since then. The move was key in helping Egypt clinch a three-year US$12 billion International Monetary Fund lending program tied to ambitious austerity reforms such as tax hikes and subsidy cuts.