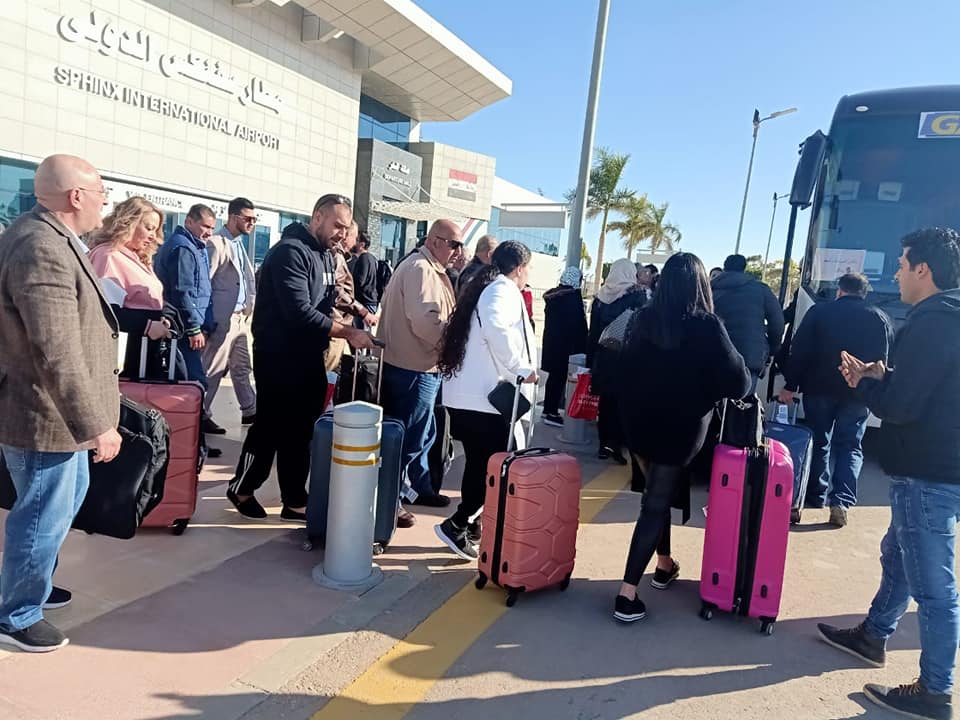 The Sphinx International Airport on Tuesday received its first international flight from the Fly Jordan company, coming in from Jordan with 104 passengers on-board, and marking the first operation of the new line between Jordan and Giza.

Public relations staff at the airport welcomed the flight’s passengers with flowers and souvenirs, supervising the procedures for their arrival and exit from the airport to their families waiting to receive them.

This is the first time the airport has received an international flight since it was inaugurated on January 2019, which saw a 15-day pilot operation for EgyptAir’s domestic flights.

Located west of Cairo, the new LE300 million airport is anticipated to hold great touristic importance due to its proximity to the Giza Pyramids, the Grand Egyptian Museum, and other historic areas in Cairo and Giza.

The building also features a VIP lounge and five counters, as well as 42 administrative, customs, security, and other service offices over an area of 26,000 square meters

A main electricity station powers the airport, and feeds eight other substations. Other features include a concrete water tank, with a 1500-cubic meter-capacity to feed the water and fire networks, a meteorological building, a mosque, and a parking lot that can accommodate hundreds of cars.

Construction work on the Sphinx Airport began in 2016, and was registered and calibrated by the International Civil Aviation Organization. Built as the 33rd airport in Egypt’s history, it is located at the Cairo-Alexandria desert road.