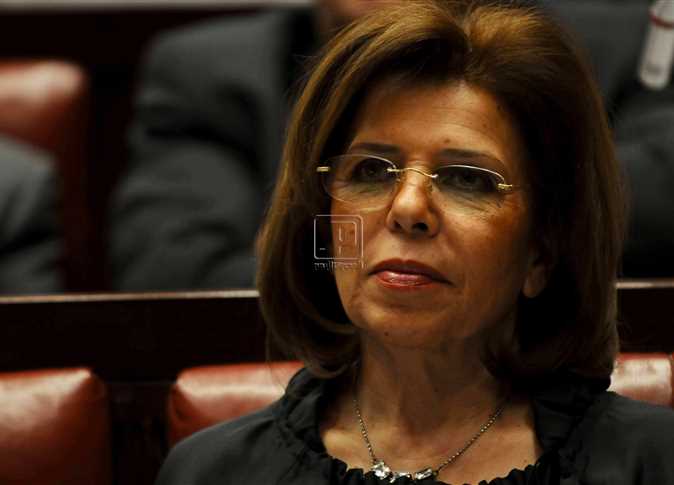 The official campaign of Moushira Khattab, the Egyptian candidate to lead the United Nations Educational, Scientific and Cultural Organization (UNESCO), organized on Saturday a conference to show the support of Egypt’s trade unions.

Former Foreign Affairs Minister Mohamed Al Orabi and heads of Egypt’s trade unions participated in the event, which took place at the headquarters of the Union of Educational Professions located behind the Opera house in Cairo.

Khattab is an Egyptian diplomat who has led a lengthy and varied career. She started out as a diplomatic attaché, progressing through the diplomatic service to become the Assistant Minister of Foreign Affairs for International Cultural Affairs. She crowned her long career as an ambassador to the Republic of South Africa, the Czech Republic and Slovakia. She holds a PhD from Cairo University and an MA from the University of North Carolina, USA.

Khattab was ranked third in 2013 out of the five leading female human rights activists in the Middle East and North Africa.

From 1999, she served as the Secretary General of the National Council for Childhood & Motherhood (NCCM), before becoming a vice chair and rapporteur for the UN Committee on the Rights of the Child in Geneva.

In 2009 she was appointed as Minister of Family & Population for Egypt.

Khattab expects fierce competition from the region, with Qatar nominating their former Minister of Culture and royal adviser, Hamad al-Kuwari for the role as well. Kuwari has already received a great deal of support from the Gulf, with Yemen and Kuwait going so far as to withdraw their own candidates to avoid voting contention among Arabs.