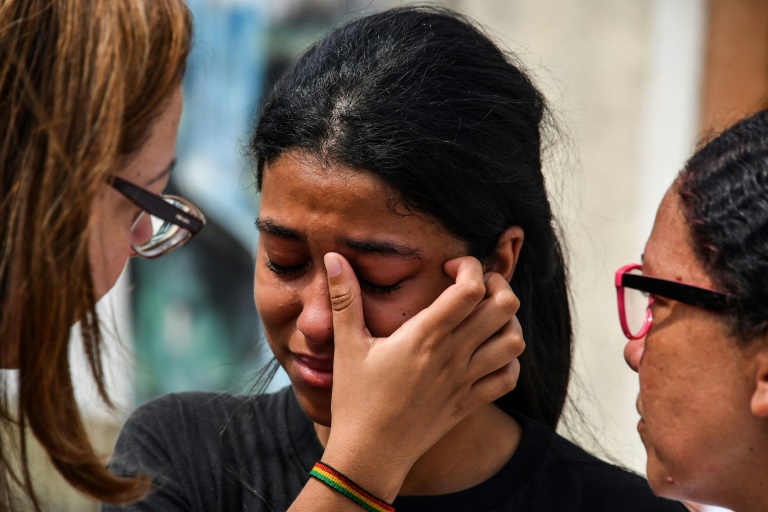 Two former pupils shot dead eight people, most of them students and staff, at a high school near Sao Paulo, Brazil, on Wednesday before turning their weapons on themselves, authorities said.

The two assailants burst into the school grounds in the early morning, armed with a .38 caliber revolver and a “medieval weapon that looked like a bow and arrows,” military police Colonel Marcelo Sales said.

After shooting at students in the yard, the killers headed to the language center where several pupils were hiding and “committed suicide in a corridor,” he said.

Brazil is one of the most violent countries in the world, and the victims in this case were five students aged 15 to 17, two school officials aged 38 and 59, and a 51-year-old carwash owner who was shot by the attackers before they arrived at the school, said Sao Paulo’s Public Security Secretary Joao Pires de Campos.

Eleven other people were wounded in the shooting at the Raul Brasil public school in Suzano, on the outskirts of Sao Paulo in southeast Brazil.

Tearful residents later held a street mass near the school, where flowers and candles commemorated the dead.

President Jair Bolsonaro expressed his sympathies on Twitter to “the families of this inhumane attack,” describing it as “a monstrosity and enormous cowardice.”

The two assailants, who wore hoods, were identified as former pupils aged 17 and 25. The reasons for the attack are unknown.

Worried family members quickly arrived at the school alongside firefighters and security services.

“I found out when my daughter called me and said: ‘Mommy, come quickly, there are injured people, dead people’,” said the mother of one pupil, who gave her name only as Rosa.

The attack took place at around 9:30 am (1230 GMT) during a recess period for some students, authorities said.

Website UO1 said the two killers “entered the school shooting with their heads covered by a hood.”

Another website, G1, published a grainy video purportedly taken inside the school in which the screams of terrified pupils can be heard as they come across dead classmates.

“We locked ourselves in a classroom,” said Milene Querren Cardoso.

“We tried to help each other until the door opened and we thought it was the criminals coming for us; but no, it was the police… and we ran out.”

GloboNews showed video images of pupils fleeing the scene after escaping over a wall.

Education Minister Ricardo Velez published a statement offering “solidarity with the parents, families and staff at the school in this moment of shock, mourning and pain.”

It is not the first mass school shooting in Brazil’s history.

In April 2011, a former pupil killed a dozen school children and injured many more before turning his gun on himself at a school in the suburbs of Rio de Janeiro.

Brazil had 64,000 murders in 2017 — a rate of almost 31 per 100,000 inhabitants, or three times higher than the level the United Nations classifies as endemic violence.

Far-right leader Bolsonaro controversially passed a law relaxing gun ownership rules soon after assuming power in January, delivering on a campaign promise. He has also spoken out in favor of allowing people to carry weapons on the streets.

Politicians and social media users were quick to debate whether Bolsonaro’s measures, or images from similar such mass shootings on US school and university campuses, were to blame for this attack.

Gleisi Hoffmann, president of the opposition Workers Party, said: “Tragedies like this are the result of encouraging violence and the liberation of the use of weapons.”

But Vice President Hamilton Mourao dismissed any suggestion Bolsonaro’s policy was to blame.

“Are you suggesting the gun those guys had was legal? It’s got nothing to do with it,” he said, although acknowledging that the subject would be discussed.

As Pittsburgh synagogue reels from massacre, suspect due in court