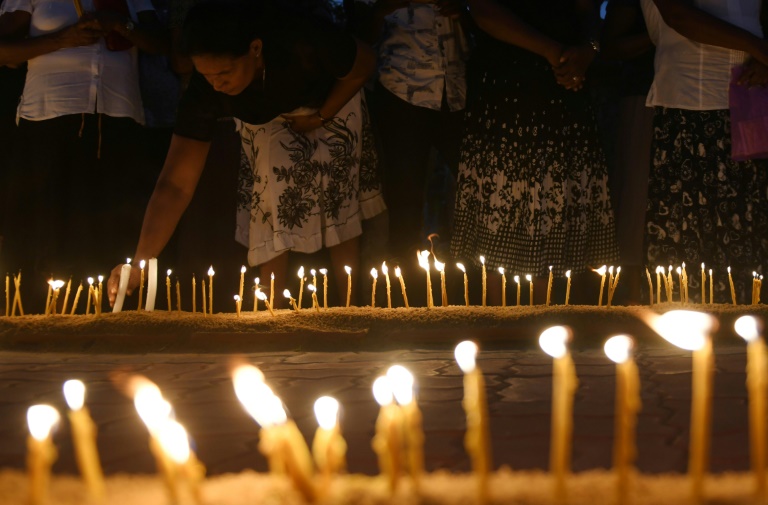 Sri Lankan social networks saw a surge in fake news after the Easter suicide bombings a month ago despite an official social media blackout, highlighting the inability of governments to contain disinformation, experts said.

Many anxious social media users switched to virtual private networks (VPNs) or the TOR network to bypass the order and keep communication open with friends and relatives as the extent of the carnage became clear.

But for others, the tools were a means to spread confusion and vitriol as the island struggled to come to terms with one of the worst terror attacks in its history.

Sanjana Hattotuwa, who monitors social media for fake news at the Centre for Policy Alternatives in Colombo, said the government blackout had failed to prevent “engagement, production, sharing and discussion of Facebook content”, and that he had seen a significant increase in false reports.

AFP has published half a dozen fact-checks debunking false claims made on Facebook and Twitter after the Easter attacks.

AFP/File / ISHARA S. KODIKARA Authorities in Sri Lanka have banned Facebook in the past in a bid to prevent hardliners from using social media to ignite violence

Some had dug out photos of coffins and funerals from Sri Lanka’s brutal decades-long civil war and claimed they showed victims of the blasts.

One video posted to Facebook showed police arresting a man dressed in a burqa and claimed he was involved in the bombings. The video was actually from 2018, and showed a man who had used a burqa to hide his identity while he sought to attack someone over a debt issue.

Another used a five-year-old photo from India that showed a group of men wearing T-shirts with “ISIS”, another name for Islamic State, written on them to claim there was an active IS cell in eastern Sri Lanka.

One Twitter user claiming to be a high-ranking Sri Lankan army brigadier used the platform to accuse neighboring India of being involved in the attacks. The account was later taken down by Twitter after the Sri Lankan army complained.

The surge in fake news has further blemished the troubled reputation of social media — which several years ago had been seen as a means to expand freedom of information — in the region.

In India, authorities have temporarily shut down mobile networks or blocked social media apps during riots, while critics say the spread of hate speech via Facebook was crucial in facilitating a brutal 2017 military crackdown on the Rohingya Muslim minority in Myanmar.

Since the attacks, Sri Lankan authorities have imposed other short bans on social media, including earlier this month after mobs in the northwestern town of Chilaw attacked Muslim-owned businesses in anger at a Facebook post by a shopkeeper.

But for those unaware of the government ban or unable to circumvent it, the blocking of social media in the days following the attacks was a cause for panic.

A Sydney-based engineer was desperate to call his sister in Colombo soon after hearing about the Easter blasts, but could not get through.

“I kept calling her on WhatsApp, but there was no reply. We are so used to calling on WhatsApp, I had forgotten her landline number,” the Sri Lankan-born engineer said.

Fortunately, he said, he managed to call a friend in Colombo who was using a VPN to access WhatsApp and told him about the social media ban that prevented him from reaching his sister.