When Dilip Fernando arrived at St Sebastian’s church in Sri Lanka’s Negombo on Easter Sunday, it was so crowded he went elsewhere for mass. The decision probably saved his life.

Shortly after he left, a massive bomb ripped through the church as worshippers observed the Christian holiday. Dozens died there on a day of carnage across Sri Lanka that saw at least 290 people killed in eight blasts.

On Monday morning, Fernando returned to the church in the seaside town of Negombo to see the damage at the site where he and his family narrowly escaped death.

“I usually come to services here,” the 66-year-old retiree told AFP, as around three dozen security personnel stood outside the church.

“Yesterday me and my wife arrived at 7:30 am but it was so crowded there was no place for me. I didn’t want to stand so I left and went to another church.”

But seven of Fernando’s extended family including in-laws and his two granddaughters decided to stay, sitting outside because the church was so crowded.

And it was there that they saw a man they believe was the suicide bomber behind the deadly explosion.

“At the end of the mass they saw one young man go into the church in with a heavy bag,” Fernando said.

“He touched my granddaughter’s head on the way past. It was the bomber.”

The family wondered why he was entering the church with mass nearly over, Fernando said, adding that the man had looked to be around 30 and “very young and innocent”, according to his relatives.

“He was not excited or afraid. He was so calm.”

Shortly after the man entered the church, there was a massive blast.

“They heard it and quickly ran away, they were so afraid. They called me immediately to ask if I was inside the church, but by then I was in a different church.”

He said no one in his family had been killed or injured, but that the community had been devastated by the attack.

“I’m so lucky because normally I would go to this church. We are relieved, we were so lucky but we’re really sad for the whole village,” he said.

“There are going to be huge funerals in this village soon.”

But he added that Sri Lanka’s Roman Catholic community, a minority that makes up just six percent of the population, would not be intimidated.

“If the church was open this morning then I would have gone inside. We are not afraid. We won’t let terrorists win, no way.”

And he said that he hoped the attack would not trigger revenge killings.

“Revenge is useless. It’s the responsibility of the government to control this, not us.”

He criticized the government, which has acknowledged that there was information warning of attacks before Sunday’s blasts.

“An attack like this should have been avoided,” he said.

Around the church, Negombo appeared to be waking up as normal, after the lifting of an overnight nationwide curfew at 6:00 am (0030 GMT).

A steady stream of people were walking or moving on streets on bicycles and motorbikes or in tuk-tuks.

Outside the church, Fernando and other bystanders look at the damage to the church.

Inside the church grounds, around a dozen pairs of shoes belonging to victims were piled up under a tree, with more lined up outside the church doors.

One men’s shoe had been ripped in half and blood sat congealed inside it.

“This is an attack on everyone,” said Suthammo Thero, a Buddhist monk from Poland who lives in Sri Lanka.

Fernando said the church had been renovated just a month earlier.

“It was looking so beautiful. We were so happy,” he said.

“The priest was awarded for the job he had done. But now this has happened, it’s terrible.” 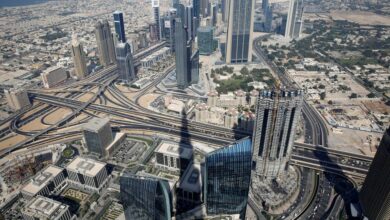 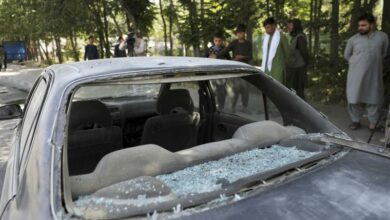