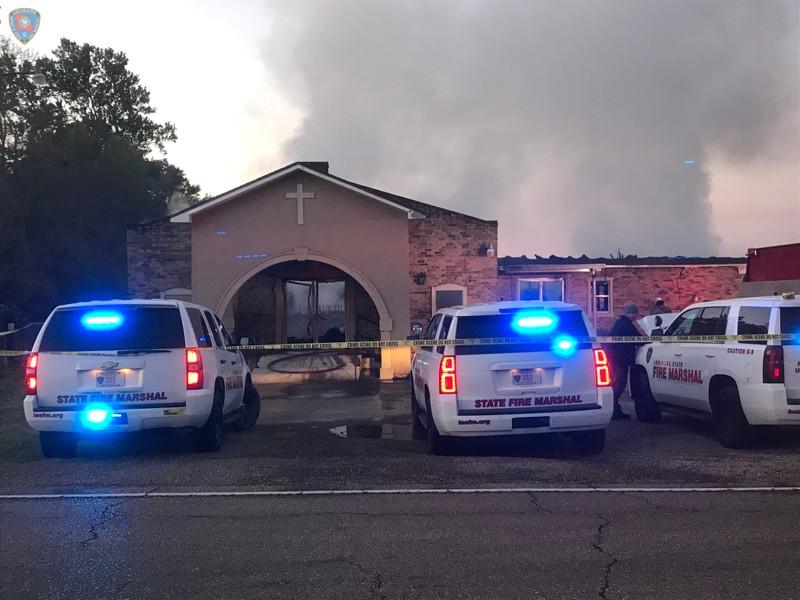 (Reuters) – A US congressman from Louisiana has urged anyone responsible for burning down three predominantly black churches in the state to come forward, as state and federal authorities investigate what appears to have been coordinated arson.

Authorities said last week they had found suspicious “patterns” among fires that burned down three churches between March 26 and April 4 in St. Landry Parish, about 100 miles (160 km) northwest of New Orleans.

US Congressman Clay Higgins, a Republican who represents a district that includes St. Landry Parish, posted a video on Facebook on Sunday in which he stood in front of the rubble of St. Mary’s Baptist Church and addressed the arsonist he presumed was behind the fires.

“I advise you to hear my heart and turn yourself in,” Higgins said. “You’re going to jail one way or another.”

Authorities declined to say whether arson was to blame for the church fires at a news conference on Saturday, but local media reported that Butch Browning, the state fire marshal, had told parishioners on Sunday that his office was treating the fires as criminal activity and would find whoever was responsible.

The FBI and US Bureau of Alcohol, Tobacco, Firearms and Explosives (ATF) have joined local authorities in the investigation, bringing the number of people involved up to 200, The Daily Advertiser reported on Monday.

The, FBI, ATF and the Louisiana Office of State Fire Marshal did not immediately respond to a request for comment on Monday.

The fires destroyed St. Mary Baptist Church in the community of Port Barre, and Greater Union Baptist Church and Mount Pleasant Baptist Church in Opelousas, the seat of the parish, the Louisiana equivalent to a county. All the churches have mostly black congregants, raising authorities’ suspicion that the fires could have been racially motivated hate crimes.

The number of hate crimes in the United States increased 17 percent in 2017, the third consecutive year that the attacks rose, according to FBI data released last fall.