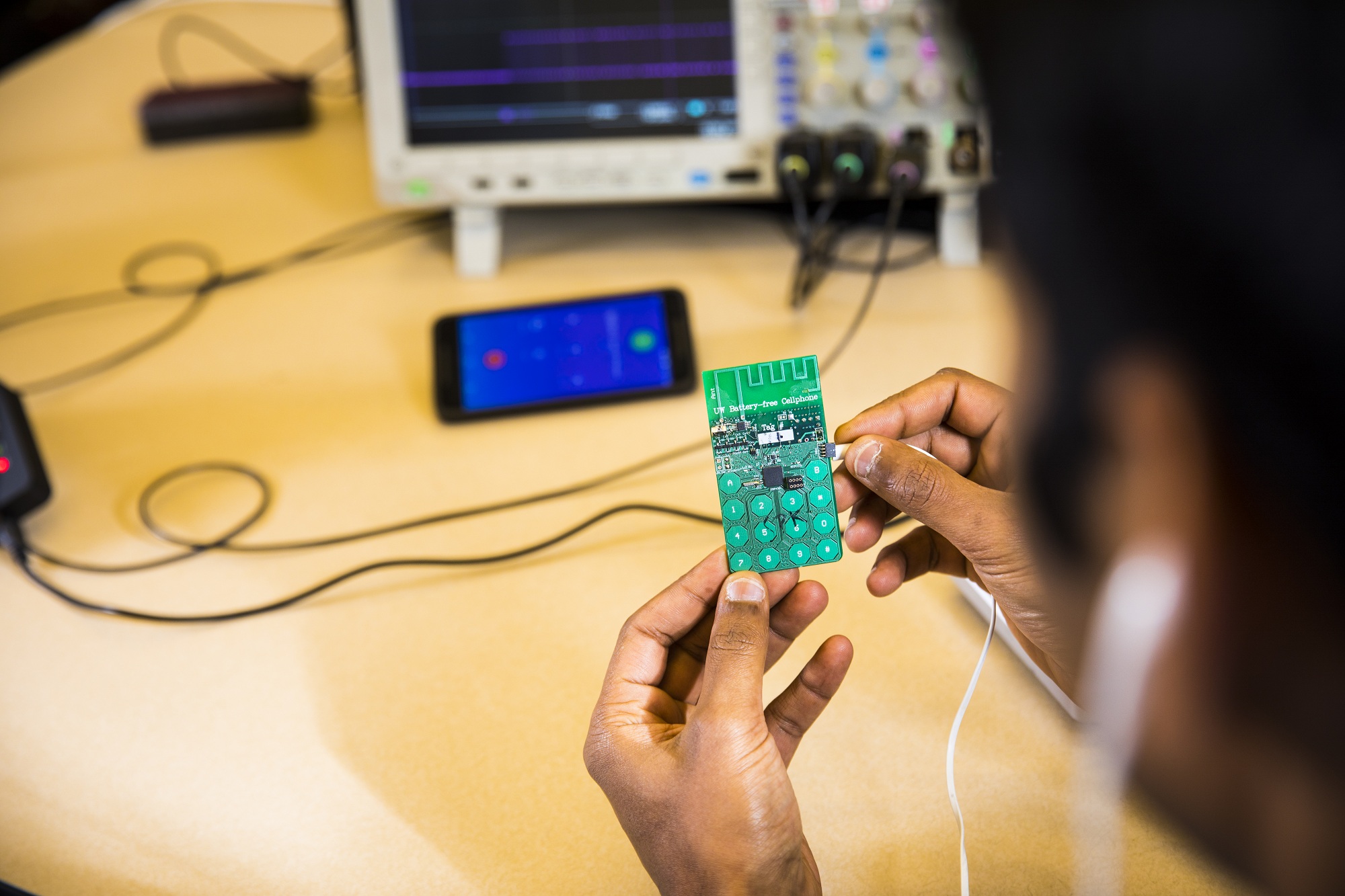 University of Washington (UW) researchers have invented a cellphone that requires no batteries, instead harvesting the few microwatts of power it requires from either ambient radio signals or street lights, as well as sunlight.

The university website said that the new invention is the first ever battery-free cellphone and a major leap forward in moving beyond chargers, cords and dying phones.

The researching team made Skype calls using its battery-free phone, demonstrating that the prototype made of commercial, off-the-shelf components can receive and transmit speech and communicate with a base station.

“We’ve built what we believe is the first functioning cellphone that consumes almost zero power,” said co-author Shyam Gollakota, an associate professor in the Paul G. Allen School of Computer Science & Engineering at the UW.

“To achieve the really, really low power consumption that you need to run a phone by harvesting energy from the environment, we had to fundamentally rethink how these devices are designed,” he said.

The team of UW computer scientists and electrical engineers eliminated a power-hungry step in most modern cellular transmissions — converting analog signals that convey sound into digital data that a phone can understand. This process consumes so much energy that it’s been impossible to design a phone that can rely on ambient power sources.

Instead, the battery-free cellphone takes advantage of tiny vibrations in a phone’s microphone or speaker that occur when a person is talking into a phone or listening to a call. An antenna connected to those components converts that motion into changes in the standard analog radio signal emitted by a cellular base station. This process essentially encodes speech patterns in reflected radio signals in a way that uses almost no power.

Trump backtracks on cyber unit with Russia after harsh criticism