A group of 13 adventurous Egyptians were all set to take off from Taba, Egypt to Aqaba, Jordan on their Kayaks on a Thursday dawn until Mother Nature took its toll with winds reaching a whooping 36.5 knots, consequently forcing the majority of the team to halt the trip and return back to Taba on a boat.

However, four of the men made it across to Jordan despite the unpredictable forecast, kayaking a total distance of 22 kilometers.

“It took us between 9-10 hours. The four of us who managed to do it got scattered in the last 5 kilometers or so. I was really worried about them. They arrived one by one and by every kayak approaching Tala bay’s port, it felt like a piece of my soul was returning, ” 27-year-old Ahmed Badrawy told Egypt Independent on Saturday. Badrawy was told that the rest who returned to Egypt were all safe, stressing that their attempt was an enough honor and that the team is very proud of the effort and commitment through their training during the past few months.

“They took the right decision to abort at the right time,” he said.

Being a long distance and endurance triathlete, Badrawy’s physical abilities and fitness level definitely helped him for the crossing, however, he added that the mental struggle was a bigger challenge.

“We had to go through a mental struggle throughout the trip. It was harder than it’s physical counterpart. With a million thought to quit, fighting against our own determination and persistence this is what kept us pushing through all the unexpected conditions,” Badrawy said, adding that the winds and currents were so strong that it dragged them backwards up to half a kilometer in a minute or two.

According to the Nile Kayak Club, where the team trains, wind was forcasted to be 12 to a maximum of 20 knots. Shortly into the crossing, the wind speed in Taba was measured at 32 knots and 26.5 knots reaching Jordan, a speed at which even most small to medium boats does not go onto the water.

The waves were reportedly 4 meters high as the kayakers tried to make it from Taba to Jordan.

“Our kayaks flipped more than once because of the turbulent winds, but we did not stop. We kept kayaking for more than 8 hours straight”. 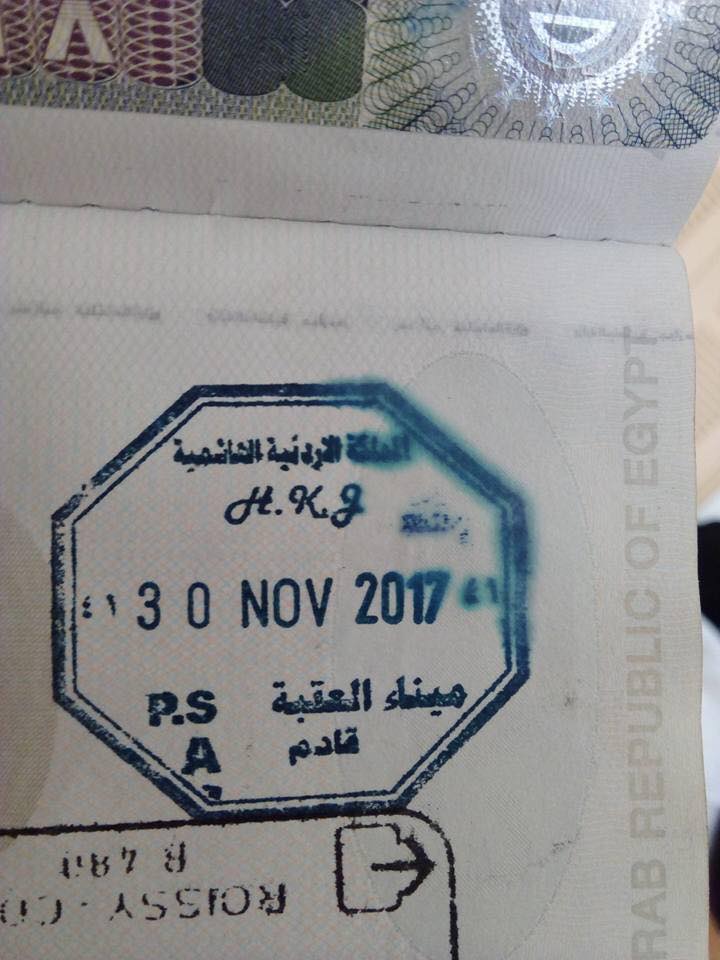 Badrawy, along with Ahmed Nayer, Wael Basheer and Charif Khedr, the four young men who made it across, are more than just training buddies.

“We are originally very good friends and travel companions. The relation we share is personal, not just established by the event so honestly [waiting for them on the other side] made it even harder,” Badrawy explained.

They returned back to Egypt as soon as the last kayaker arrived and made sure they were all safe.

“We wanted to return to Egypt at the soonest to be with our friends and see them with our own eyes.”

“They are our friends too. It was going crazy on both sides,” Badrawy added.