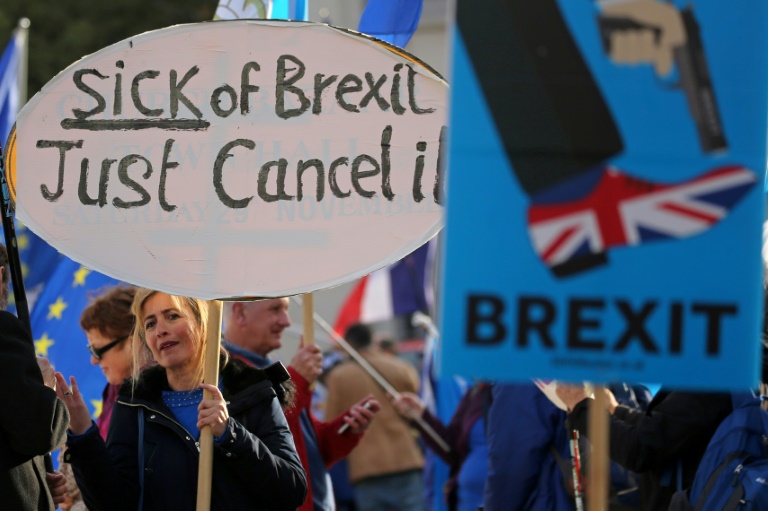 Around four in 10 British adults have been left feeling powerless, angry or worried by Brexit in the past year, according to a poll out Friday.

The Mental Health Foundation (MHF) charity commissioned the survey to look at the impact of Britain’s impending departure from the European Union on how people feel, their sleep and their relationships.

Some 26 percent said Brexit had not caused them to feel any particular emotions in the last 12 months.

In the 2016 referendum on Britain’s EU membership, 52 percent voted in favour of leaving while 48 percent backed remaining in the bloc.

“But in relation to powerlessness, you actually see that the differences between Remain voters and Leave voters are very equal,” he said.

“So everyone across the political spectrum is feeling like their ability to control what happens is very small.”

Geographically, he added, “the closer you get to London, the more concerned people are. Despite the fact that probably the impact of Brexit is going to be less on metropolitan areas.”

The terms of Brexit are yet to be decided, with Britain due to leave the European Union in seven days’ time unless an extension is agreed between London and Brussels.

The MHF charity, founded in 1949, aims to help people understand, protect and sustain their mental health.

Rowland reflected on the small percentage saying they were losing sleep over Brexit.

“Most people are actually able to get on with their lives and separate their concern about Brexit from their own personal and emotional response,” he said.

Pollsters YouGov conducted the online survey of 1,823 British adults between March 12 and 13.

May tries to save Brexit plan after speaker's bombshell