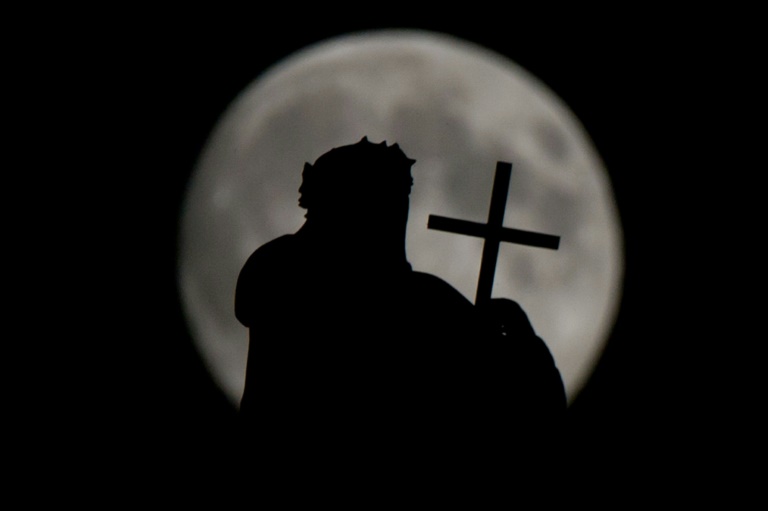 Germany’s Catholic Church was Tuesday due to confess to and apologies for thousands of cases of sexual abuse against children, part of a global scandal heaping pressure on the Vatican.

It will release the latest in a series of reports on sexual crimes and cover-ups spanning decades that has shaken the largest Christian Church, from Europe to the United States, South America and Australia.

In Germany alone, almost 3,700 minors were abused between 1946 and 2014, according to the report prepared by the German Bishops’ Conference, details of which were leaked to the media earlier this month.

Justice Minister Katarina Barley said the study was “shocking and probably just the tip of the iceberg”. She urged the Church to “take responsibility for decades of concealment, cover-ups and denials”.

Barley also called on the Roman Catholic Church to work with state prosecutors to bring every known case to justice, and to take steps to prevent more abuse, speaking to news weekly Der Spiegel.

The independent commissioner for child sex abuse issues, Johannes-Wilhelm Roerig, recommended state authorities step in to clear up the crimes and ensure victims get access to Church files and compensation.

The state “has a duty of care for all children, including those who are in the care of the Church”, he told the Sueddeutsche newspaper.

The German Bishops Conference was due to officially release the research paper, which it commissioned four years ago, at the start of a four-day meeting in the western city of Fulda.

A victims support hotline and a dedicated website with information will be put in place during the meeting.

The conference head, Cardinal Reinhard Marx, said earlier this month that bishops were “deeply depressed, shaken and ashamed before the reality of sexual abuse of minors within the Catholic Church”.

According to the study, 1,670 clergymen in Germany committed some form of sexual attack against 3,677 minors, mostly boys, between 1946 and 2014, Spiegel Online reported.

It points to a pattern of priests who have taken the vow of celibacy and diocese staff abusing minors. They kept the victims quiet by intimidation, instilling guilt and using their own status as figures of authority and trust.

More than half of the victims were 13 years old or younger, the study concluded, after examining 38,000 documents from the 27 German dioceses.

Researchers from three universities who carried out the survey warned that the true scale of the abuse was far greater, as many documents had been “destroyed or manipulated”.

Predator priests were often transferred to another parish, which was commonly not warned about their criminal history.

Only about one in three were subject to disciplinary hearings by the Church, and most got away with minimal punishment, said Die Zeit weekly.

Only 38 percent of the accused were prosecuted by civil courts, mostly on complaints lodged by victims or their families.

The Catholic Church has since the 1980s been battered by scandals of rape, sexual abuse, pedophilia and physical abuse.

Pope Francis has found himself embroiled after conservative US Archbishop Carlo Maria Vigano claimed the pontiff had himself ignored abuse allegations against prominent US cardinal Theodore McCarrick for five years.

Francis, currently on a tour of the Baltics, has so far refused to respond to the allegations.

He has however announced a Vatican meeting of heads of episcopal conferences on the protection of minors, for February 2019.

Joerg Schuh of the Berlin-based Tauwetter centre for victims of sexual abuse told AFP TV that “the Catholic Church has a global problem”.

“I would like the Pope to make it his number one topic, and for his Church to really work on it,” he said.

Major abuse cases in Germany have included a Berlin elite Jesuit school which admitted to systematic sexual abuse of pupils by two priests in the 1970s and 1980s.

Last year, the world-famous Catholic choir school the Regensburger Domspatzen revealed that more than 500 boys there had suffered sexual or physical abuse which one victim likened to “prison, hell or a concentration camp”.

The brother of former Pope Benedict XVI, Georg Ratzinger, who led the choir school from 1964 to 1994, said he was not aware of sexual abuse and rejected claims he did too little to shed light on the tragedy.

Pope to meet US Church leaders after abuse cover-up claim