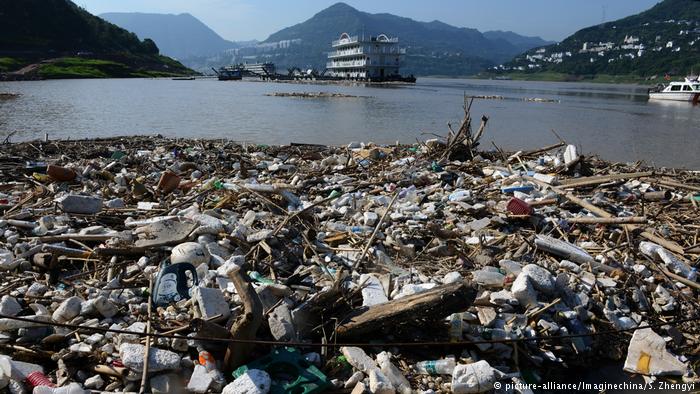 Global waste growth will outpace population growth by 2050, with most of the trash being generated in urban areas. The World Bank said urgent action is needed to prevent untreated waste from clogging the streets.

Global waste is set to swell to 3.4 billion tons by 2050 from around 2 billion tons in 2016 with the greatest increase projected to be generated in Asia and Sub-Saharan Africa, according to a report released Friday by the World Bank.

Improving solid waste management, especially in low-income countries, is “an urgent priority,” the World Bank said. Over 90 percent of waste in lower-income countries is dumped openly and untreated, as these nations often lack adequate disposal and treatment facilities.

“We really need to pay attention to South Asia and sub-Saharan Africa, as by 2050, South Asia’s waste will double, sub-Saharan Africa’s waste will triple,” said Silpa Kaza, a World Bank urban development specialist and the report’s lead author. “If we don’t take any action it could have quite significant implications for health, productivity, environment, livelihoods.”

But high-income countries must also take the issue seriously, as they produce a third of the world’s waste, despite having only 16 percent of the global population. China, in particular, has a growing problem. In 2004, the Asian giant surpassed the United States as the world’s largest waste generator. By 2030, China will likely produce twice as much municipal solid waste as the United States.

The report considers the solid waste problem to be “an urban issue,” noting that waste generation tends to be much lower in rural areas. In particular, rural residents tend to be poorer, purchase fewer store-bought items with less packaging and they tend to have higher levels of reuse and recycling.

The urban population boom of the past decades has been dramatic, with more than 50 percent of the world now living in cities. By 2050, as many people will live in cities as the population of the whole world in 2000, the report said.

In most cities, the report said, the quickest way to reduce waste volumes is to reduce economic activity, but the World Bank admitted this solution is not likely to bear fruit.

But boosting recycling and cutting plastics consumption along with food waste can go a long way to help reduce the impacts of increasing levels of waste.

Plastics, which can contaminate waterways and ecosystems for thousands of years, comprise 12 percent of all current global waste, the World Bank said.

The report’s writers hope that these findings can help governments and municipalities around the world find solutions, through private sector and public sector engagement, to better manage their own waste systems.

Egypt has disposed of 99% of its environmentally harmful material: Minister