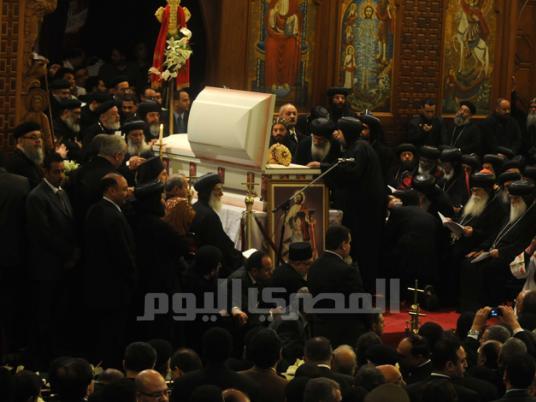 The Coptic Orthodox Church in Egypt announced Tuesday that it formed a committee to study candidates to replace the late Pope Shenouda III.

The decision came after a meeting of the Holy Synod chaired by the acting pope, Bishop Pachomius, and attended by a large number of Coptic bishops from inside and outside Egypt.

The committee will hold its first meeting Wednesday to discuss the rules for nomination and commendations according to the statute and to prepare a primary list of the candidates which is to be published in newspapers and hung on churches' doors, he added.

He also said that the Holy Synod has decided to hold the eulogistic ceremony of Pope Shenouda on 24 April, to be attended by major public figures.