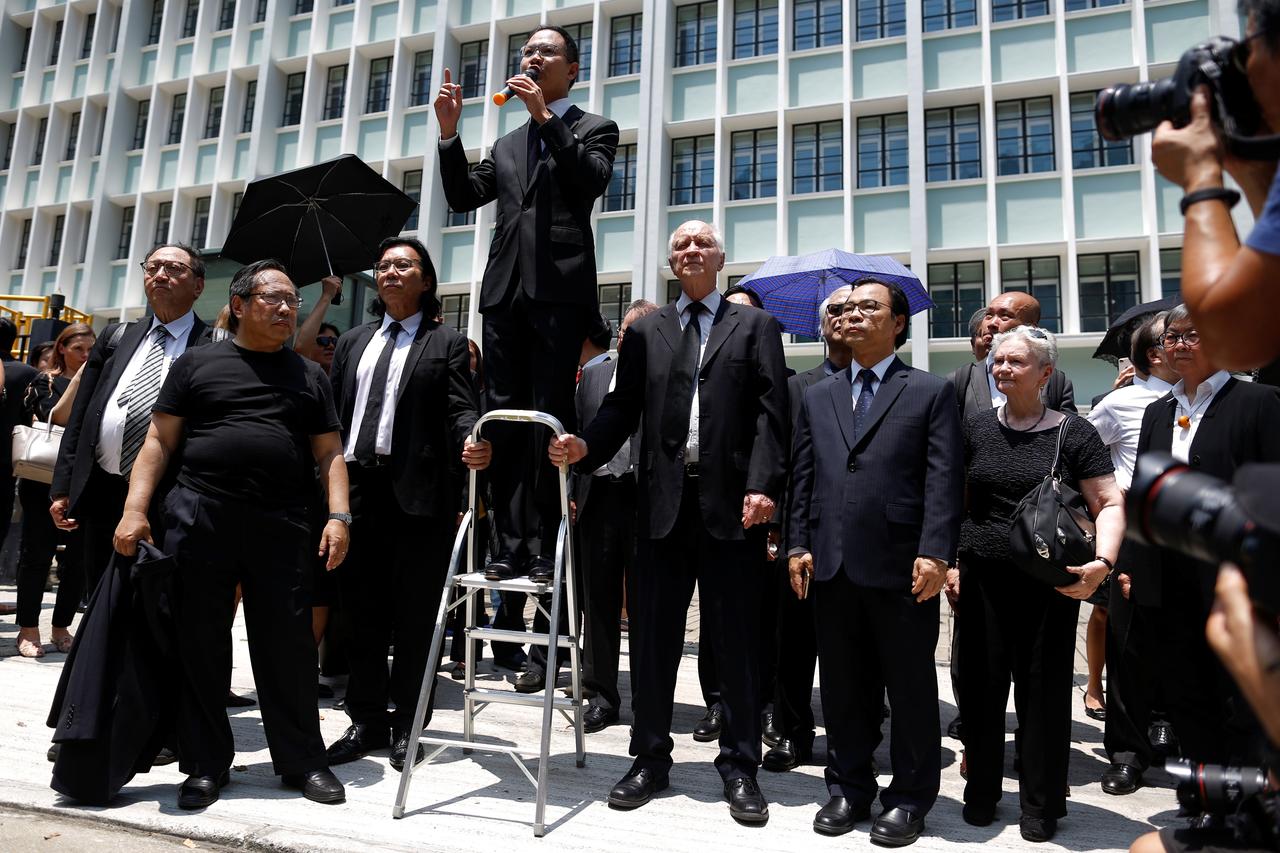 HONG KONG (Reuters) – Hong Kong is facing its worst crisis since it returned from British to Chinese rule in 1997, the head of China’s Hong Kong and Macau Affairs office said on Wednesday, as more anti-government protests rocked the Asian financial hub.

“Hong Kong’s crisis … has continued for 60 days, and is getting worse and worse,” Zhang Xiaoming, one of the most senior Chinese officials overseeing Hong Kong affairs, said during a meeting in the southern Chinese city of Shenzhen.

“Violent activities are intensifying and the impact on society is spreading wider. It can be said that Hong Kong is now facing the most severe situation since its handover,” he said.

Hong Kong has faced months of sometimes violent protests that began with opposition to a now-suspended extradition law and which have evolved into a direct challenge to the government of embattled leader Carrie Lam and calls for full democracy.

Hong Kong’s protests, which continued on Wednesday, pose a major challenge to Chinese President Xi Jinping who is grappling with a trade war with the United States and a slowing economy.

Zhang held a forum on Wednesday to discuss the political crisis in Hong Kong which included Hong Kong delegates to China’s parliament, the National People’s Congress and China’s main consultative body, the CPPCC. No opposition democratic figures or protest representatives were invited.

Speaking after the meeting, several attendees said Zhang cited speeches by former Chinese paramount leader Deng Xiaoping in 1984 and 1987 in which he said if “turmoil” occurs in Hong Kong, “the central government must intervene”.

No specific mention, however, was made of deploying the People’s Liberation Army (PLA), which has a garrison in Hong Kong, to quell the unrest, with Zhang cited as saying Beijing remained confident in the Hong Kong government and local police.

In China’s sharpest rebuke yet of the protesters, the government warned them on Tuesday not to “play with fire” and called on Hong Kong citizens to protect their homeland.

The Global Times, a Chinese tabloid published by the Communist Party’s People’s Daily, showed a video on its official Twitter feed of thousands of police officers taking part in an anti-riot training drill in Shenzhen, which borders Hong Kong.

The protests have drawn millions onto the streets in opposition to an extradition bill that would see suspects tried in mainland courts controlled by the Communist Party. Many feared it would undermine Hong Kong’s independent judiciary and was another step toward full mainland control of Hong Kong.

Several thousand Hong Kong lawyers dressed in black, marched in silence on Wednesday to call on the government to safeguard the independence of the city’s department of justice.

The city’s lawyers fear the justice department’s prosecutions of arrested protesters are taking on an increasingly political slant with over 500 arrests, many charged with rioting, an offense that carries a 10-year jail term.

A female lawyer who declined to be named said she was marching “to make sure the government knows that within the legal sector, we will not allow judicial independence to be compromised by politics or pressure from the Chinese government”.

“All we want is justice and all we want is consistency,” said prominent lawyer Kevin Yam, who also protested. “We don’t want to see thugs get away while the best of our youth get prosecuted. We uphold the rule of law and we ask for justice.”

Protesters are demanding a complete withdrawal of the extradition bill, an independent inquiry into the crisis, an investigation into what they say is excessive use of force by police, and for Lam to step down.

A brazen attack by an armed mob on protesters at a train station in Yuen Long on the night of July 21 that left 45 people injured, has so far seen 23 people arrested for the relatively light charge of unlawful assembly. Protesters say police were slow to protect them.

Police fired tear gas in Sham Shui Po late on Tuesday, as protesters gathered outside a police station to demand the release of Keith Fong, a student union leader from Baptist University, who they say was unlawfully arrested by several plain-clothes police for buying laser pointers on the grounds that he possessed offensive weapons.

Protesters have sometimes aimed lasers, which are widely available in shops, at police during recent clashes.

Image: Lawyers and workers in Hong Kong’s legal sector gather outside the Department of Justice during a protest in Hong Kong, China August 7, 2019. REUTERS/Thomas Peter