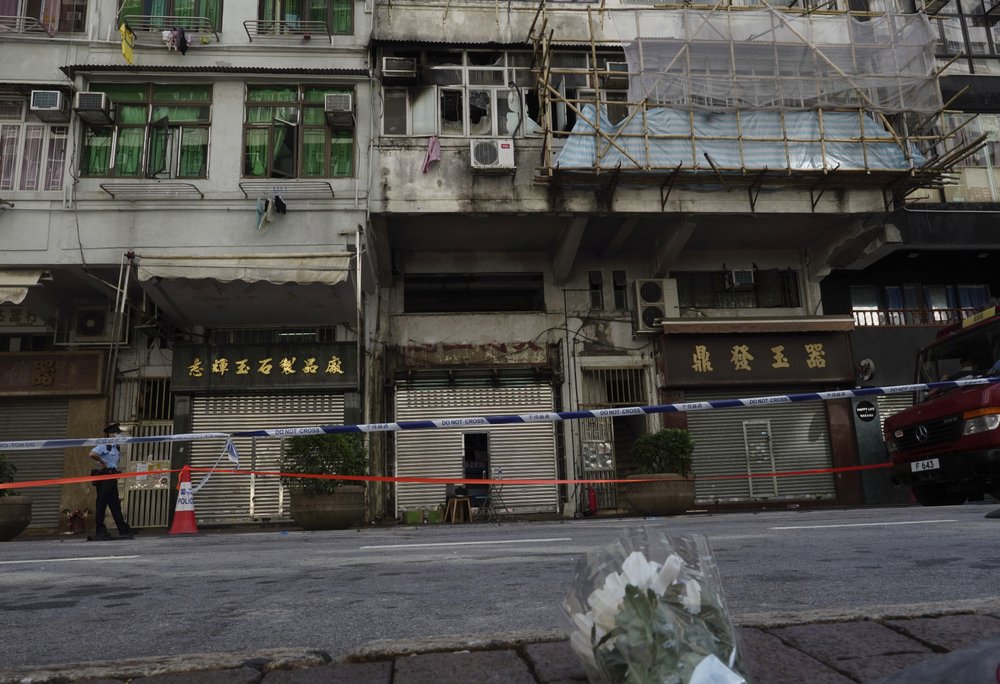 HONG KONG (AP) — Hong Kong authorities will inspect 2,500 older residential buildings after a deadly fire killed seven people in what an elected official said may have been an unlicensed restaurant operating in an apartment.

The fire and building departments will aim to complete the review by year-end, a government news release said Monday evening. The inspection will cover buildings at least 60 years old and include those that are part-residential, part-commercial.

“In light of the risks exposed by this fire accident, I have asked the (fire services and building departments) to further step up inspections to eliminate serious fire safety threats to safeguard people’s lives and property,” Hong Kong leader Carrie Lam said.

The Sunday night fire killed seven people and injured 11 others. Ten people remain hospitalized, seven in critical condition, the news release said. The dead and injured range in age from 8 to 48 years old.

The apartment where the fire started may have been operating as an unlicensed restaurant, according to the area’s district council member, Leslie Chan. He said the victims were from the city’s Nepalese community.

Hong Kong media reports said people in the restaurant were celebrating Diwali, a major Hindu festival, as well as a birthday. Candles set soundproofing materials on fire, according to the reports.

Many Nepalese live in the area and work in Hong Kong’s finance, retail and security businesses.

The building, which is in the Yau Ma Tei neighborhood in Kowloon, lacked a sprinkler system and people were trapped in the back of the kitchen, Fire Services Department officer Cheung Kwong-yuen said.

Hong Kong media said the fire was the deadliest since a 2011 blaze that killed nine people.

The fire highlights lingering safety issues in older buildings in Hong Kong, one of the world’s most densely populated cities. Deadly fires used to be a regular occurrence, but have dwindled in recent years as the government implemented stricter fire safety measures.

The inspections will focus on the buildings’ common means of escape and identifying fire hazards. Inspectors may take enforcement actions based on their findings, including prosecutions, the government release said.

The fire department will also reach out various groups to learn more about gathering places where religious and cultural activities are held, inspect those places and raise awareness of fire safety among the groups.

Pun T. Prakash, president of the Hong Kong Nepalese Business Association, said his group will also reach out to the community.

Image: Flowers are placed at a fire site, top center with broken windows, in Hong Kong Monday, Nov. 16, 2020. City authorities said a fire in a crowded residential district in Hong Kong has “caused a number of deaths and injuries”. (AP Photo/Vincent Yu)