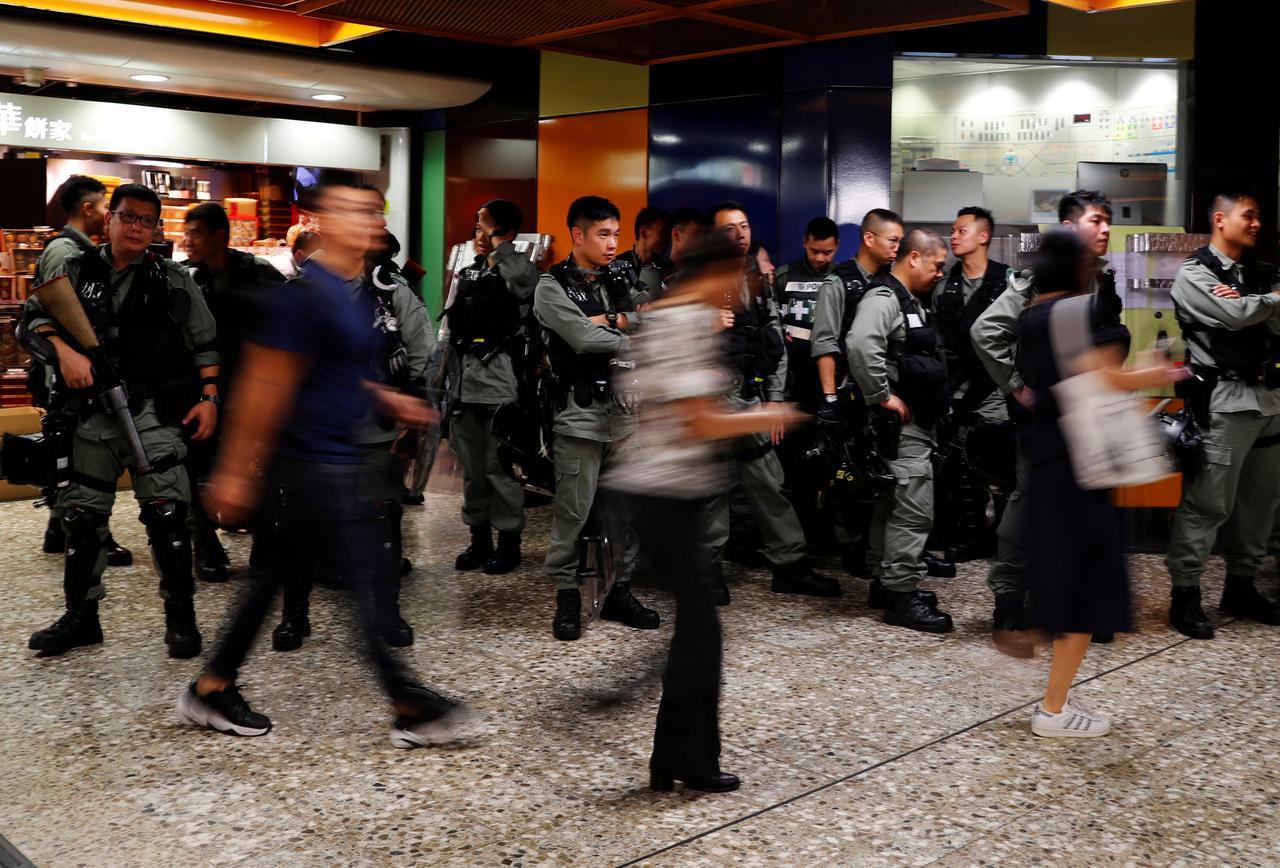 HONG KONG (Reuters) – A Hong Kong court on Wednesday ordered rail operator MTR Corp to hand over CCTV footage from a police operation at two subway stations during anti-government protests last year that a student leader plans to use to sue officers.

On Aug. 31, scenes filmed by TV reporters of police beating protesters cowering on the floor of a metro train went viral, sparking outrage and demands for MTR to release full footage.

MTR only released some screen shots through a press release.

The Hong Kong police force maintains it was targeting violent radicals during the incident in and around the Prince Edward metro station. Authorities have repeatedly rejected allegations of police brutality.

Defendant Kex Leung, who is student union president at the Education University, told reporters outside court on Wednesday he planned to use the footage to sue police over what he said was his illegal arrest.

“This is a small victory. I hope Hong Kongers won’t give up. Although the rule of law has been challenged in the past couple of years, we need to maintain our hope,” said Leung, who also says he was beaten by officers.

MTR told Reuters the company respected the court’s decision. Hong Kong police did not immediately respond to a request for comment.

The footage must be released to the student within 10 days, according to the High Court ruling.

Hong Kong protests escalated in June last year, with some of the most fierce clashes erupting on Aug. 31, when police fired tear gas at pro-democracy protesters throwing petrol bombs.

The Chinese-ruled city has been relatively calm this year as it grapples to contain an outbreak of the new coronavirus.

The student leader, who was arrested for illegal assembly and later released, said the court ruling did not allow him to release the footage to the public.

The protesters are angry about what they see as creeping Chinese interference in the former British colony, which returned to China in 1997 under a “one country, two systems” formula intended to guarantee freedoms not enjoyed on the mainland.

China says it is committed to the arrangement and denies meddling.