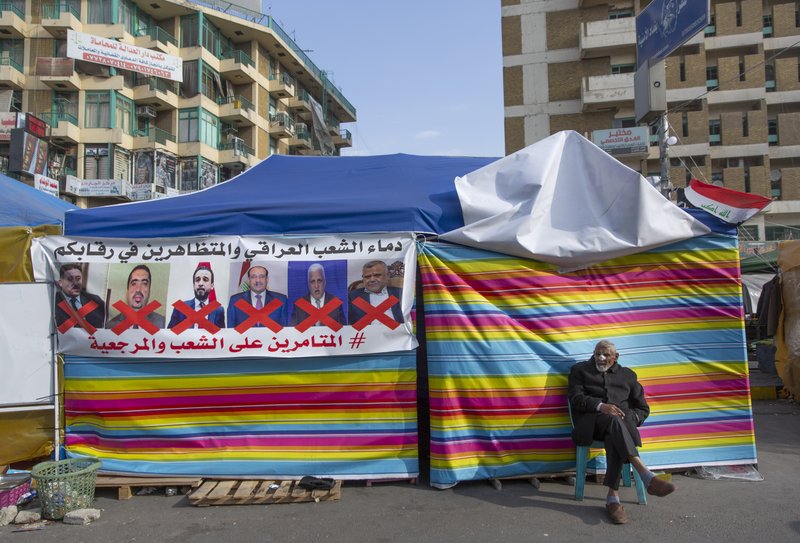 BAGHDAD (AP) — An Iranian-backed bloc in Iraq’s parliament proposed Wednesday the governor of oil-rich southern Basra province as the country’s next prime minister but the nomination was promptly rejected by Iraqi protesters who want an independent candidate to take over the government, two officials said.

The Fatah bloc, which includes leaders associated with the paramilitary Popular Mobilization Units, supported by Iran, had proposed Gov. Asaad al-Eidani for premier.

According to the two officials, President Barham Saleh received a memorandum from parliament which stated that the Iran-backed bloc is allegedly the largest in the house and as such has the right to nominate the next premier. The officials spoke on condition of anonymity under regulations.

Earlier on Wednesday, outgoing higher education minister, Qusay al-Suhail, who had also been rejected by protesters on the streets, withdrew his nomination for prime minister.

A deadline to name a new prime minister has been missed twice over disagreements on which is the largest bloc in the parliament following last year’s elections.

There are currently two main blocs — Sairoon, led by populist Shia cleric Muqtada al-Sadr, and Fatah, headed by Hadi al-Amiri. But the numbers in the blocs have continued to change since last year’s elections, with an unknown number of lawmakers leaving some blocs and joining others.

Last Saturday, Iraq’s Federal Supreme Court provided guidance in a statement, but stopped short of naming the largest bloc. It said the decision should be based on parliament’s first session after taking office last year. But the court also said it would accept if two or more lists had merged to become the largest bloc.

The same day, President Saleh sent the court’s response to parliament, asking the legislature to say which is the largest bloc.

Menawhile, in the southern city of Diwaniyah, an activist who was wounded last week in a bomb attack died of his wounds late Tuesday. Following the news of his death, protesters attacked some offices of Iran-backed political parties in the city.

Image: A protester sits next to a poster with defaced pictures of Iraqi politicians and Arabic that reads, “the blood of the protesters and the Iraqi people is on your necks, the conspirators on the people and the religious authority,” during ongoing protests, in Tahrir square, in Baghdad, Iraq, Wednesday, Dec. 25, 2019. (AP Photo/Nasser Nasser)