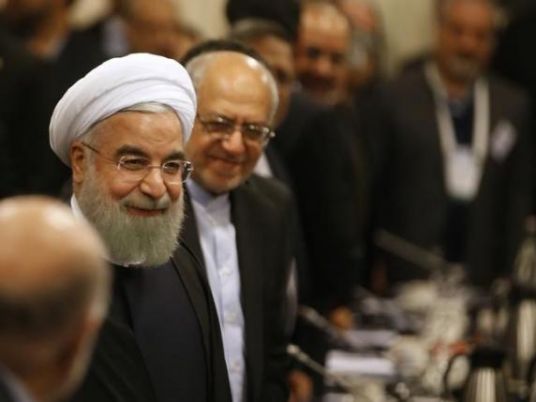 Iranian President Hassan Rouhani told French business leaders on Wednesday that Iran was open for investment as he started a visit in France to revive business ties despite diplomatic differences.
On Rouhani's first trip abroad since Iran's sanctions-ending nuclear accord with world powers took effect, Italy this week already rolled out the red carpet for the moderate Iranian president and his 120-member delegation of business leaders and cabinet ministers, signing a raft of deals.
But with France having taken a hard line in the nuclear negotiations, being outspoken in its condemnation of Iranian support for Syrian President Bashar al-Assad and having close ties with Sunni Muslim Gulf Arab rivals of Shi'ite Iran, the Paris leg of Rouhani's European trip was lower key.
"It's true that Iran has returned to the international community, but it doesn't mean we agree on everything, especially on Syria," Foreign Minister Laurent Fabius said ahead of Rouhani's arrival.
Nevertheless, since July, French trade and political delegations have traveled to Tehran to explore opportunities. Officials have said certain "commitments" could now be agreed, although how definitive they are is unclear.
"We don't see any obstacles for companies who would want to come and invest in Iran," Rouhani told a French business delegation. "My coming here is to show that Iran is ready for investments," he added, speaking through a translator.
Airbus Chief Executive Fabrice Bregier, who was part of the French delegation, said that he held talks this month in Tehran with government and Iran Air officials that could lead to the rapid sale of aircraft.
"We are at the disposal of our Iranian counterparts to help renew the fleet," Bregier said. Iran urgently needs modern, safer and less-polluting airliners after decades of being unable to obtain spare parts or new models due to sanctions.
After starting his trip to Paris by meeting some 20 company executives, Rouhani is due to deliver a speech to business leaders on Thursday at a Franco-Iranian forum, where Iranian ministers will outline their plans.
Several agreements are due to be announced after a meeting with President Francois Hollande.
Iranian officials have said they are poised to agree on a deal for Airbus aircraft. Carmakers Peugeot and Renault may also agree contracts.
Airport design and construction talks may be on the agenda too, potentially involving builders Bouygues and Vinci and airports operator ADP.
Although many sanctions relating to Iran's nuclear program have been lifted, most U.S. measures remain in place. Companies are worried about the sanctions snapping back if Iran violated the terms of the nuclear agreement and are including this scenario in their risk analysis.
"Investing in Iran is not exactly like investing in Holland or Denmark," a French diplomatic source said. "Everyone wants to be certain that there's no Damocles Sword hanging over them before investing."