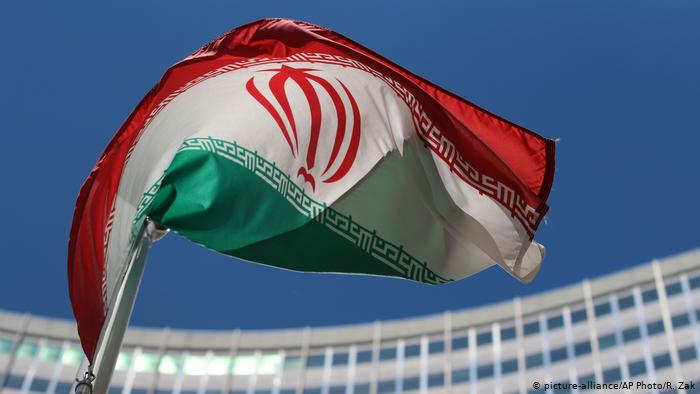 Iran on Wednesday informed signatories to the 2015 nuclear deal

that it no longer plans to adhere to certain “voluntary commitments” made in the accord.

The decision comes after the US dispatched an aircraft carrier strike group to the Middle East to send a “clear and unmistakable” message to Tehran.

Read more: US military flare-up ‘would be a godsend to Iran hardliners’

Iran’s Foreign Ministry announced that the decision to “stop acting on some of the Islamic Republic of Iran’s commitments” had been communicated to the heads of state of the countries still party to the deal.

Iranian Foreign Minister Mohammad Javad Zarif had earlier said Iran would not break the terms of the agreement. “Iran’s future actions will be fully within the (nuclear deal), from which the Islamic Republic will not withdraw,” state media quoted him as saying.

Iran said the action was being taken because the European Union and others “did not have the power to resist US pressure.”

Ahead of Iran’s announcement, France said that some sanctions could be reimposed if the country broke its 2015 obligations.

“We sent messages to Tehran to say that we were determined to implement the agreement, that we really wanted them to stay in this agreement even though we took into account the complexity of the situation and passed on the same messages to our American allies,” a French presidential source was reported as saying.

One French official was reported as saying that a dispute mechanism existed that could examine in the issue, and that UN Security Council sanctions could be reimposed if necessary.

The US has deployed an aircraft carrier, the USS Lincoln, along with a bomber task force to the Middle East to counter a “credible threat by Iranian regime forces.”

Washington said it was intended as a clear and “unmistakable message.”

Washington has ramped up sanctions against Iran in recent months, and has designated the Iranian Revolutionary Guard Corps as a terrorist group.

US Secretary of State Mike Pompeo made an unannounced visit to Iran’s neighbor Iraq on Tuesday to discuss the safety of Americans there, and explain US security concerns amid rising Iranian activity.

The 2015 deal saw sanctions on Iran lifted in exchange for limits on its nuclear operations. Since then US has withdrawn and restored crippling sanctions.

The Iranian news agency ISNA reported late on Tuesday that Zarif had set off for a meeting with Russian President Vladimir Putin in Moscow.

Germany has said it remain committed to the Joint Comprehensive Plan of Action (JCPOA) agreed by Iran and six world powers.

German Middle East expert Michael Lüders told German broadcaster Deutschlandfunk that it was difficult to predict how the situation might develop.

“There is no longer any kind of direct channel of communication between Washington and Tehran. There’s no red telephone, so if there is a crisis it could erupt in a serious and violent way,” Lüder said. “The European Union, which is a cosignatory of the nuclear treaty with Iran, is in a miserable situation. Neither Great Britain, France nor Germany – the three crucial signatory states – have so far clarified how they plan to act in this dispute, or signaled to the US that they are not happy with this policy of confrontation.”

US-Iran tensions rise ahead of anniversary of deal pullout

'Feels terrible': Iran a year after US sanctions reimposed