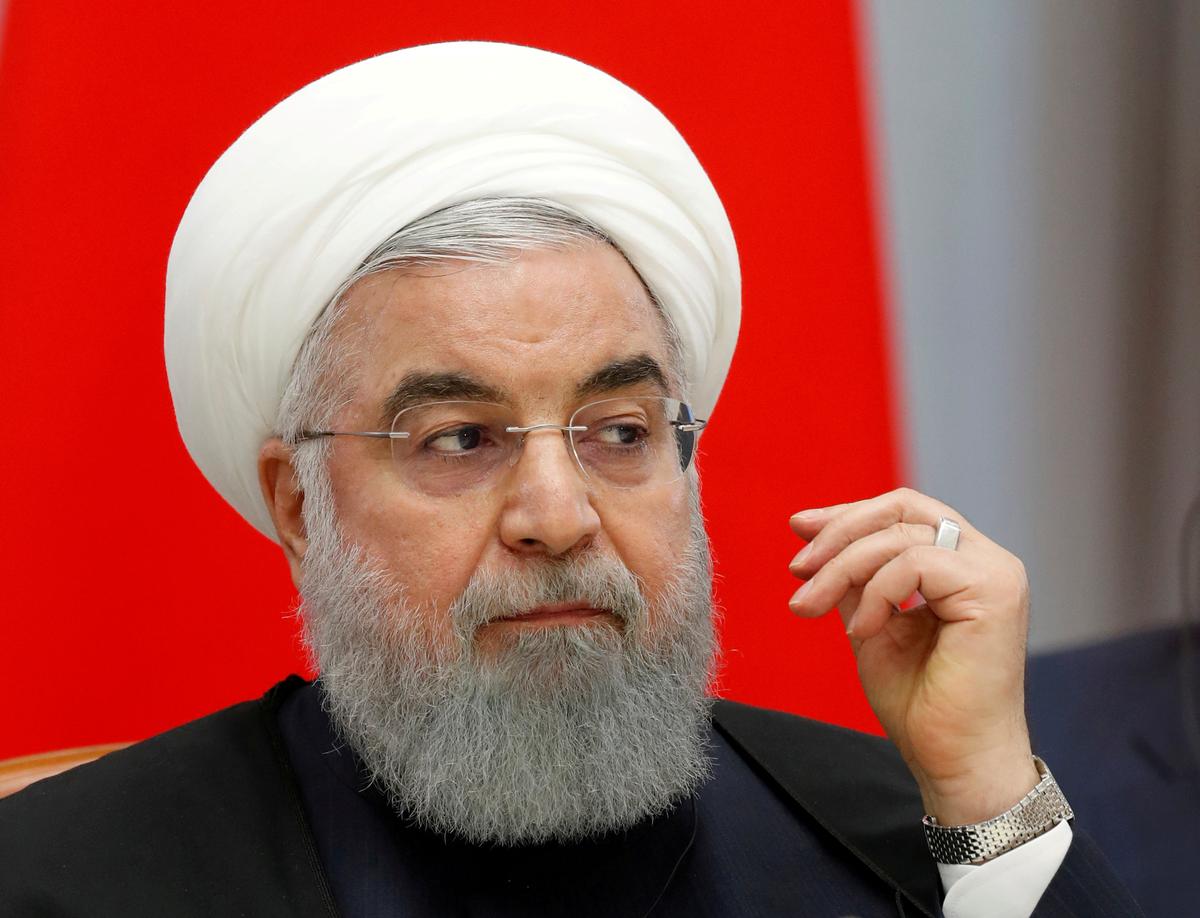 DUBAI (Reuters) – President Hassan Rouhani called on Saturday for unity among Iran’s political factions to overcome conditions which he said may be harder than those during the 1980s war with Iraq, state media reported, as the country faces tightening US sanctions.

US President Donald Trump on Thursday urged Iran’s leaders talk with him about giving up their nuclear program and said he could not rule out a military confrontation.

Trump made the offer as he increased economic and military pressure on Iran, moving to cut off all Iranian oil exports this month while beefing up the US Navy and Air Force presence in the Gulf. Washington also approved a new deployment of Patriot missiles to the Middle East, a US official said on Friday.

“Today, it cannot be said whether conditions are better or worse than the (1980-88) war period, but during the war we did not have a problem with our banks, oil sales or imports and exports, and there were only sanctions on arms purchases,” Rouhani said, according to the state news agency IRNA.

“The pressures by enemies is a war unprecedented in the history of our Islamic revolution… but I do not despair and have great hope for the future and believe that we can move past these difficult conditions provided that we are united,” Rouhani told activists from various factions.

Hardliners have criticized Rouhani after Trump withdrew from Iran’s 2015 nuclear deal with world powers, which Rouhani supported, and reimposed sanctions last year. The pragmatic president has also been abandoned by some of his moderate allies.

Separately, a media court on Saturday suspended the weekly Seda (Voice), the semi-official news agency ISNA reported, after the reformist magazine published an issue that included articles warning about the possibility of war with the United States.

“At the Crossroads of War and Peace, have moderates lost or will they again save Iran from war?” the main headline on the front page read against a photograph of US Navy warships.

On social media, hardliners attacked the magazine as “Trump’s voice”, suggesting its warning about the danger of war amounted to a call for talks with the United States, the Islamic Republic’s arch enemy.

“At the height of America’s political, economic and media war against the Iranian nation, an Iranian publication supplements the enemy’s media operations inside the country,” the hardline-led news agency Fars wrote in a comment.

Iran has dismissed the US military build up as “psychological warfare” designed to intimidate it.

US sends naval strike group as tensions rise with Iran