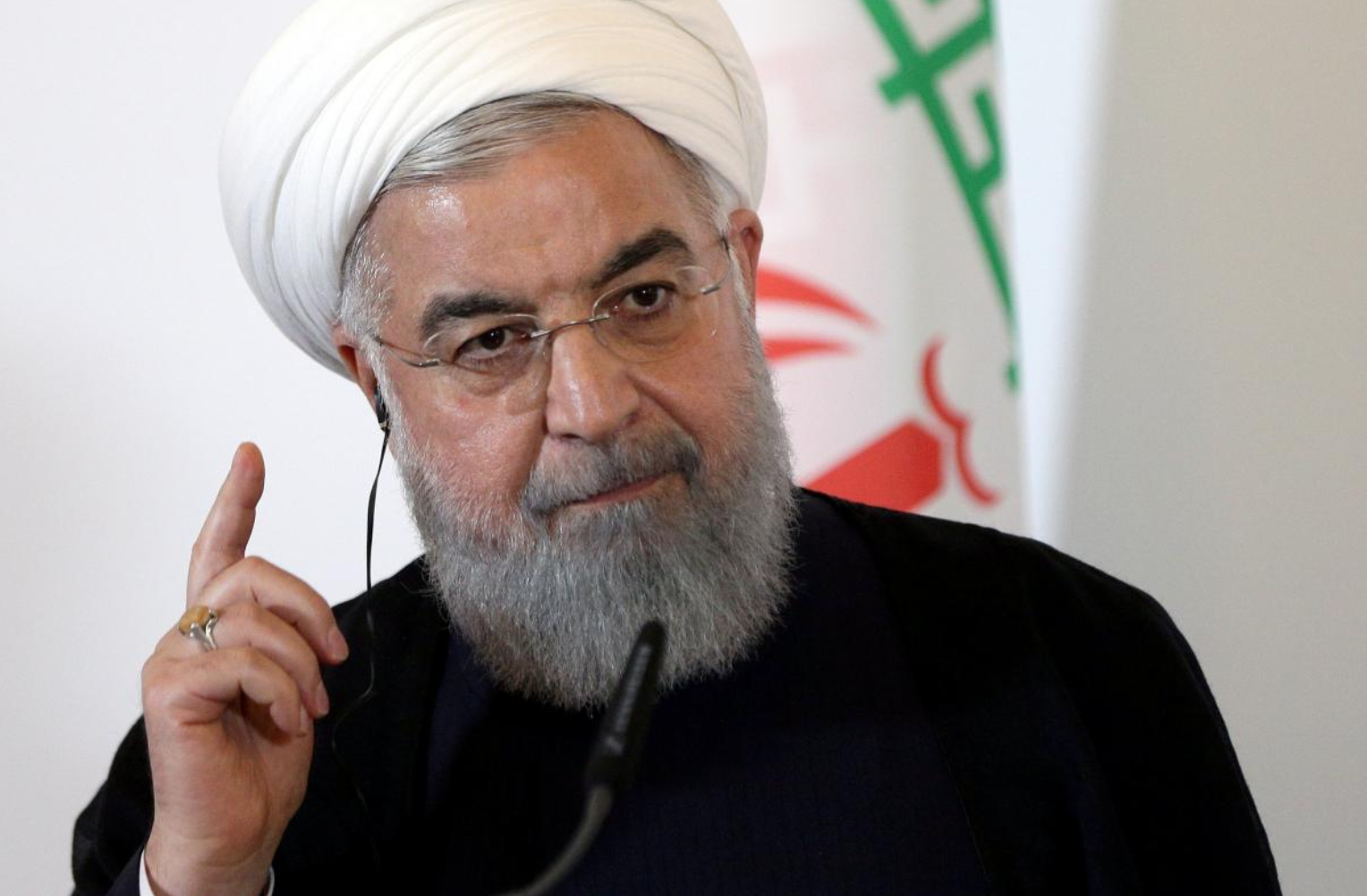 LONDON (Reuters) – Iranian President Hassan Rouhani said on Wednesday relations with the United States had rarely been so bad and that sanctions imposed by the Trump administration targeting Tehran’s oil and banking sectors amounted to “a terrorist act”.

Animosity between Washington and Tehran – bitter foes since Iran’s 1979 revolution – has intensified since US President Donald Trump withdrew from an international nuclear deal with Tehran last May and reimposed sanctions lifted under the accord.

“The struggle between Iran and America is currently at a maximum. America has employed all its power against us,” Rouhani was quoted as saying in a cabinet meeting by the state broadcaster IRIB.

“The US pressures on firms and banks to halt business with Iran is one hundred percent a terrorist act,” he said.

Trump has reimposed the sanctions with the aim of slashing Iranian oil sales and choking its economy in order to curb its ballistic missile program and its activities in the Middle East, especially in the conflicts in Syria and Yemen.

“Neither human rights nor the nuclear program are the real concern of the US. First a dismembered journalist; now illicit sale of nuclear technology to Saudi Arabia fully expose #USHypocrisy,” Zarif said in a tweet.

He was referring to the killing of Saudi journalist Jamal Khashoggi in the Saudi consulate in Istanbul, which triggered international revulsion. His body has not been found.

The CIA has said Saudi Crown Prince Mohammed bin Salman likely ordered the killing, which Riyadh denies. Trump has stood by the prince, saying weapons sales to Saudi Arabia are an important source of US jobs.

US Democratic lawmakers alleged in a report released Tuesday that a proposed transfer of US nuclear technology to Saudi Arabia was being fast-tracked around a mandatory approval process.

Unlike the United States, European powers are working to preserve the 2015 international nuclear deal with Iran. But France has said it is ready to reimpose sanctions on Iran if no progress is made in talks over its ballistic missile program.

In a clear reaction to French pressure, Rouhani said, “We want a constructive interaction with the world, but the countries that work with us should not have excessive demands. Iran is firm in its stance and will act based on its national interests.”

Iran has said its missile program is purely defensive.

Iran slams US as huge crowds mark 40 years since revolution