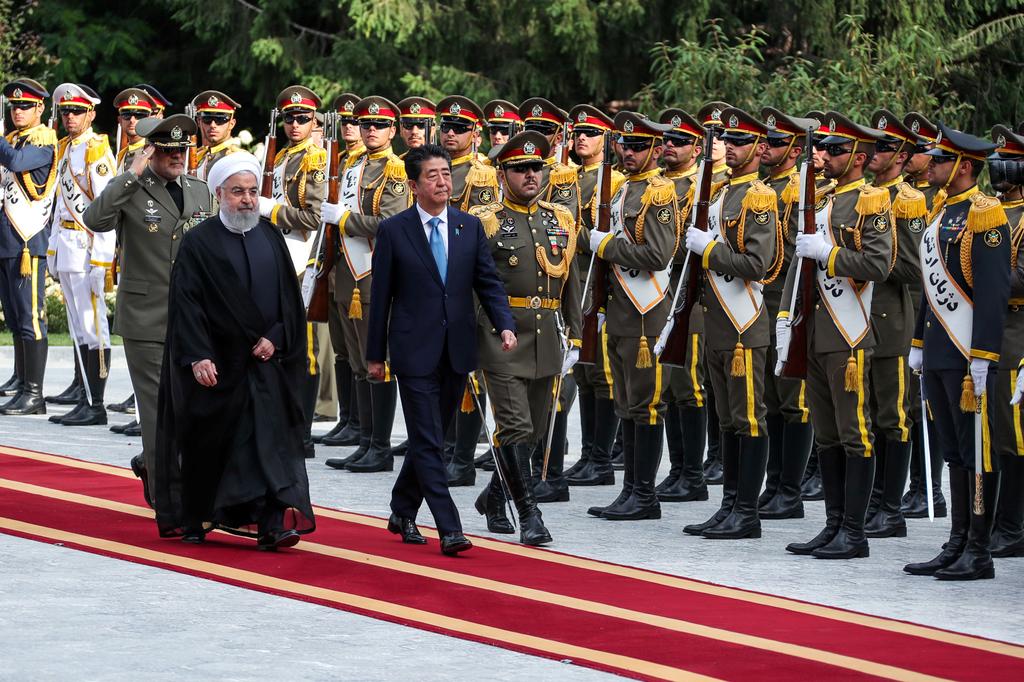 Japan maintains friendly ties with both the United States and Iran and has previously tried to ease tensions between the two countries, which severed diplomatic relations after Iran’s 1979 Islamic revolution that toppled the US-backed Shah.

Tensions have heightened between Tehran and Washington since last year when President Donald Trump pulled out the United States from Tehran’s 2015 nuclear deal with six powers and re-imposed sanctions that have crippled Iran’s economy.

“Our country will persistently continue to support diplomatic efforts in cooperation with the United States, Iran and various other related countries aimed at easing tensions in the Middle East,” Japan’s chief cabinet secretary, Yoshihide Suga, told a news conference on Tuesday.

He said the two leaders will meet on Dec. 20.

Rouhani plans to tell Abe that the Iranian government would not oppose a deployment of Japanese Maritime Self-Defense Forces to the Middle East, Kyodo news agency reported, citing a source.

Iran has rejected the presence of foreign forces in the region, saying it would create insecurity for oil and shipping.

Kyodo said the Japanese deployment will be sent to the Gulf of Oman, the northern part of the Arabian Sea, and the Bab al-Mandeb Strait connecting the Red Sea and the Gulf of Aden, citing a draft plan.

Tokyo has decided not to be part of a US-led coalition to ensure maritime security in the Strait of Hormuz, a vital gateway for the world’s oil industry, the news agency added.

The Nikkei business daily has previously said that Japan’s government would propose deploying one escort ship and a patrol aircraft from the Maritime Self-Defense Force on a one-year mission that could be renewed annually.

It plans to finalize the plan by year-end, the Nikkei has reported.

Iran’s state news agency IRNA on Monday quoted Iranian Deputy Foreign Minister Abbas Araghchi as saying that Rouhani will travel to Japan on Friday for a visit that will be in line with the national interest of both countries.

“Japan’s foreign policy is based on courage and farsightedness and this has been proved for many times in historical ties between the two countries,” Araghchi said.

No UN breakthrough: Iran rules out talks as US intensifies sanctions