JERUSALEM (AP) — Israel has decided not to send a delegation of defense companies to a prestigious arms fair in the United Arab Emirates next week due to coronavirus restrictions that have forced the closure of Israel’s international airport, the Defense Ministry announced Monday.

Dozens of Israeli companies, including state-owned Israel Aerospace Industries and Rafael Advanced Defense Systems, had planned on sending delegations to the IDEX arms fair. It was to mark the first time Israel has participated in the gathering, a result of last year’s US-brokered agreement establishing ties between Israel and the United Arab Emirates.

The Defense Ministry, which oversees weapons exports, said it sought permission to allow the delegation to travel, but a governmental committee that grants exemptions allowing people to fly denied the request.

Israel’s Ben-Gurion Airport is closed to nearly all incoming and outgoing flights until February 21, the day the Emirati arms fair is to open. With infection rates in Israel still at high levels, the government may extend the airport closure.

The biennial International Defense Exhibition and Conference, or IDEX, long has been the largest defense showcase in the Middle East.

Arms deals worth billions of dollars are announced during the five-day event in Abu Dhabi frequently attended by the UAE’s rulers and other world leaders. Hundreds of military technology and contractors from around the world converge in the UAE’s capital to sell everything from armored vehicles to missiles and drones at the exhibition, which draws potential customers from the Middle East and North Africa. 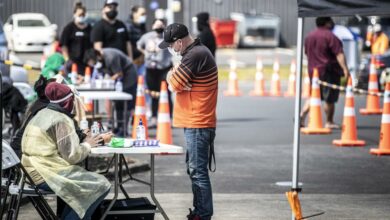 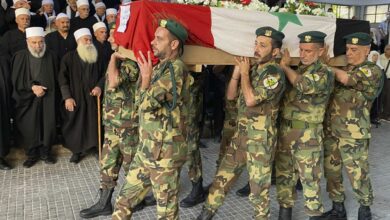