Jerusalem–Prime Minister Benjamin Netanyahu said on Thursday Israel hoped to begin indirect negotiations with the Palestinians next week during a visit by Washington’s Middle East envoy.

Palestinian officials said they wanted the US-mediated talks to focus initially on defining the borders of a state they hope to establish in the West Bank and Gaza Strip.

"Our ultimate objective is to try to achieve a peace settlement with our Palestinian neighbors by means of direct talks," Netanyahu told reporters. "But we always said we don’t necessarily insist on the format."

With the blessing of the Arab League, the Palestinians have agreed to four months of indirect negotiations sponsored by Washington, which has been trying to break a deadlock and revive the two-decade-old peace process.

Citing "signs of progress" in efforts to resume talks suspended since late 2008, Netanyahu said: "I welcome the fact this ripening has begun, which I hope will lead to the start of talks with the visit of Senator (George) Mitchell to Israel next week".

But many observers doubt that these so-called proximity talks, in which Mitchell, President Barack Obama’s Middle East envoy, would shuttle between the two sides, will succeed where years of negotiations have failed.

In the West Bank city of Ramallah, chief Palestinian negotiator Saeb Erekat said that charting the borders of a future Palestinian state, within the four-month negotiating window set by the Arab League, was of paramount importance.

He told reporters there was no point in discussing any other issue without Israeli government acknowledgment of the "principle of two states" along the pre-1967 war borders, "with an agreed land swap".

Netanyahu has spelled out his vision of a demilitarized Palestinian state but has not said whether he would be open to trading territory in Israel for major settlement blocs in the West Bank, land captured in the 1967 conflict.

Asked about Erakat’s comments, Mark Regev, a spokesman for Netanyahu, said: "The Palestinians can bring to the negotiation all of their concerns, and we will bring ours — first and foremost Palestinian recognition of Israel’s legitimacy as a Jewish state, and demilitarization."

Speaking to reporters on Wednesday in Brasilia, US Secretary of State Hillary Clinton said Washington was "very committed to try to bring about the two-state solution and we hope the proximity talks will be the beginning of that process".

George Giacaman, an analyst at Birzeit University in the West Bank, said the aim appeared partly to avoid a political vacuum that could be filled by violence.

"The main issue is conflict management," he said.

"Hardly anyone expects that they will lead to a breakthrough. The experience of 18 years of negotiations is a case in point," he said. 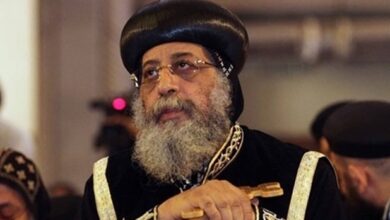 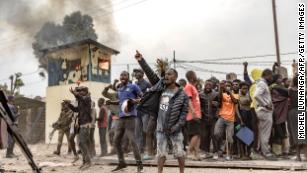