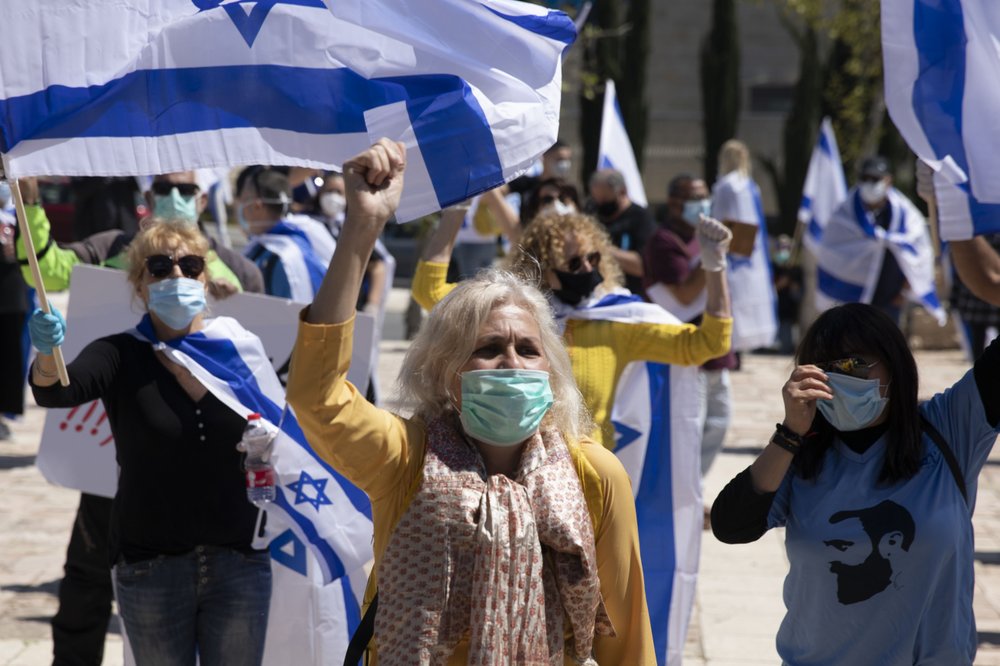 Around 100 people, many waving Israeli flags and maintaining mandatory social distancing, staged a demonstration against what they called court intervention in the democratic process. They held banners that read “The Supreme Court is ruining democracy” and chanted “the people are the sovereign.”

On Sunday the court is scheduled to hear petitions from several nonprofit advocacy groups against a coalition government deal reached by Netanyahu and his main political opponent former army chief Benny Gantz. The two reached a power-sharing agreement earlier this month after more than a year of political stalemate and three deadlocked national elections.

Under the deal, Netanyahu and Gantz agreed to share the premiership, with Netanyahu serving as prime minister the first 18 months and Gantz serving the next 18 months. It also includes a clause to advance plans to annex parts of the occupied West Bank, including Israeli settlements, starting July 1.

The groups are asking the high court to ban any indicted politician, including Netanyahu, from being allowed to form a new government.

Netanyahu was charged earlier this year with bribery, fraud and breach of trust. He has denied any wrongdoing and claims the indictments are part of a political witch hunt. His trial is scheduled to begin next month.

If the court rules in favor of the petitioners, the Netanyahu-Gantz deal could unravel, plunging the country into a fourth election in just over a year.