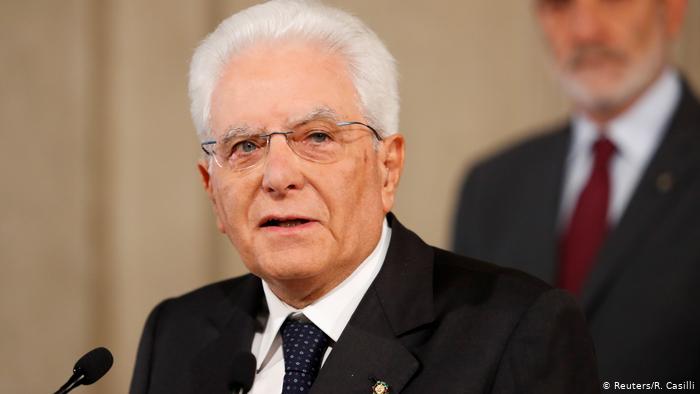 “The crisis must be resolved with clear decisions and in a short time,” Mattarella said after talks with party heads on Thursday.

The president said he will hold a new round of consultations next week, after which he will “draw up conclusions and take the necessary decisions.” If a coalition is not formed, Mattarella could consider installing a technical government or call an early election.

This gives the anti-establishment Five Star Movement (M5S) and the Democratic Party (PD) some breathing space to continue negotiations on the possibility of forming a new coalition government.

A week is a long time in politics

Thursday’s discussions were provoked after Matteo Salvini, the interior minister and leader of the far-right League party, ended a 14-month coalition with the anti-establishment Five Star Movement.

M5S leader Luigi Di Maio met with Mattarella earlier Thursday and said: “Our loyal cooperation has been undermined by the unilateral opening of the crisis and by the presentation of a no-confidence motion.”

Di Maio spoke of the possibility of a snap election: “An early vote doesn’t scare us, but elections cannot be a way to escape from the promise we made to Italian citizens. We still have many things to do.”

He also listed ten key policies, including a plan to cut the number of politicians in parliament from 950 to 605.

PD Leader Nicola Zingaretti said he also wanted to get involved and offered to discuss forming a new government but emphasized it would not come “at any cost.”

Although the PD and M5S have been at loggerheads for a number of years, the traditional enemies could be encouraged by the possibility of keeping mutual rival Salvini from power.

Zingaretti has said the party would back an M5S coalition dependent on five conditions, including a seismic shift in Italy’s zero-tolerance policy on migrants crossing the Mediterranean.

Salvini, meanwhile, appeared to offer an olive branch to the League Party’s former coalition partners, M5S, on condition it could pass legislation.

Yet Salvini gave mixed messages as he also extolled the virtues of a national vote following his meeting with the Italian president. He said that an early election is the best way out of the political crisis and that “no one should fear the judgment of the people.”

His confidence would seem to be justified as his right-wing nationalist party is riding high in the opinion polls.